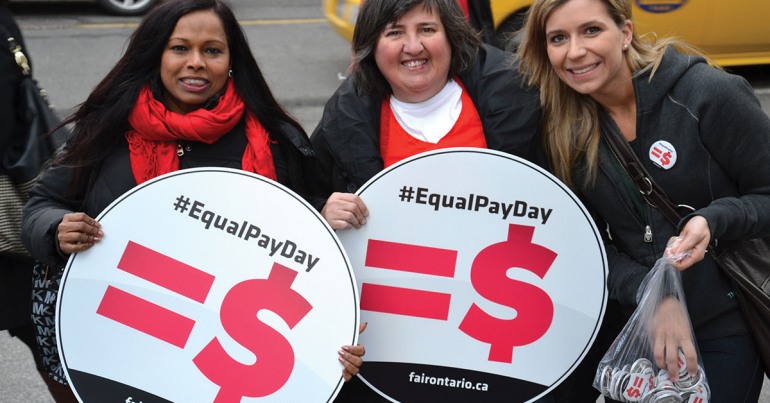 The law is supposed to ensure equal pay for work of equal value, when compared to predominantly male jobs. “This law was passed under the Graham government in 2009. We are still waiting for the government to apply the legislation,” said CUPE Local 2745 President, Theresa McAllister.

“Job evaluations were to be completed in April 2012, but to this day, we are still waiting for any wage adjustment,” she added.

“Every worker, union or non-union, deserve pay equity. It is a question of human rights” said Odette Robichaud, Acting President of CUPE NB. “Educational assistants, home care workers, court stenographers, group home workers, and many more will directly benefit when the government will act to follow its own laws,” said Robichaud.

“Female-dominated jobs should be respected and recognized for their true value. Pay equity is the first real step to achieve this,” concluded McAllister.