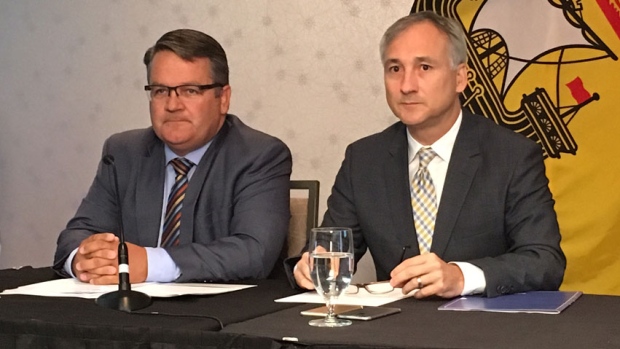 The New Brunswick government is following through on its plan to hand management of extramural and Tele-Care services over to the private sector, prompting both criticism and accolades from health-care providers and labour groups.

The estimated cost of the first year of the 10-year contract, which was awarded without a tendering process, is $4.4 million.

The aim of the “primary health-care integration initiative” is better co-ordination and collaboration among health-care providers to enable people to stay in their homes as long as possible, get more help navigating the health-care system, and to experience greater continuity of care, he said.

Boudreau said this doesn’t mean a privatization of any health care, because nursing and Tele-Care will continue to be free for patients and paid for by the province.

There won’t be any job losses, said Boudreau, who was accompanied by former New Brunswick Progressive Conservative premier Bernard Lord, the CEO of Medavie Inc., based in Moncton.

“This is not a cost-cutting exercise,” the minister said.

The move is expected to cost more initially, but savings are expected over the long term, as heath care needs grow.

“With our province’s aging population, we know we need to strengthen the community-based, primary health-care system,” said Boudreau.

The contract is incentive-based to minimize the risk to the province, said Lord.

Payment to Medavie is contingent upon certain performance targets being met, such as more patients being served by extramural, decreased emergency room visits by extramural patients, and decreased wait times between referral to extramural and service delivery.

“Therefore it puts the province and the government in a position to enforce those standards.” 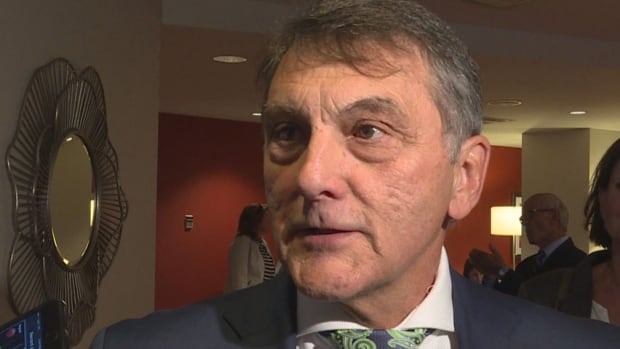 The plan was previously unveiled in February 2016 during the release of the Department of Health’s budget to the legislative estimates committee.

At the time, Boudreau said that by grouping the services together, Medavie may be able to better help the five per cent of the population that use the services most often.

The Vitalité Health Network’s board of directors and leadership team are “deeply disappointed” with the government’s decision to proceed with privatizing the management of extramural, board chair Michelyne Paulin said in a statement issued Friday morning, before the official announcement.

It goes against the board’s recommendation to the Department of Health in June 2016 to maintain the service under the authority of Vitalité and contravenes the Regional Health Authorities Act, she said.

“According to this legislation, the health authorities are vested with the delivery and administration of health care [in] their territory. As a board of directors, we are puzzled,” said Paulin.

The board is worried about the “ongoing erosion of its authority,” she added.

Vitalité president and CEO Gilles Lanteigne said privatization of the management of home care is “somewhat withdrawing a powerful tool” from the regional health authority to achieve its mission “to excel in improving people’s health.”

“Splitting the provincial health system up into several components will make it increasingly difficult for us to achieve expected results, namely in terms of quality, continuity of care, effectiveness and efficiency,” he said.

CUPE is also opposed to the deal, Simon Ouellette, spokesman for the Maritimes regional office, said in an email to CBC News.

“Consolidation of operations is not a bad idea, but it should be run through the public,” said Ouellette.

Medavie Health Services, which is based in Dartmouth, N.S., “is becoming quite the big business,” he said. “It is testing operations and programs on the backs of New Brunswickers and then setting up more operations elsewhere when they will have worked out the kinks here.”

“Rather than turning it over to private management, it should remain within the public sphere and be expanded to increase efficiency within our present system.”

“The biggest item for us is that we’re taking the management cycle outside of health care and putting it into a private corporation’s hands. We’ve got concerns about private entities having control over public health care,” he said.

“Honestly, I think there’s a bigger picture in play here. I think there’s a move to take and offload as much responsibility out of the government into private entities which I think is bad for the public because we lose control of our public interests. The accountability is gone.”