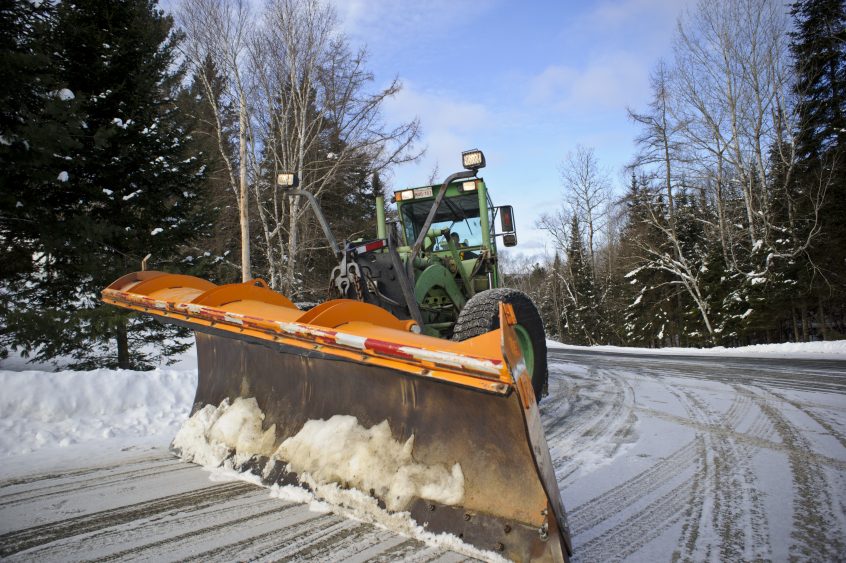 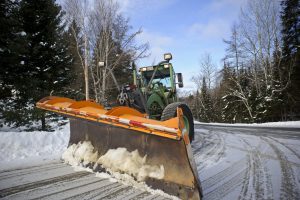 The 11 p.m. – 4 a.m. shutdown directive forces plow operators to stop operations at night. The Department also demands its operators follow the “7 cm of snow” rule: to reduce the overall number of runs, plows can only hit the roads once 7 cm of snow has fallen.

“Our Divisions operate with no spares, and people need to take sleep breaks, so management got creative to mask the holes in what should be a continuous operation,” said Hardy. “However, Mother Nature works 24/7,” he added. 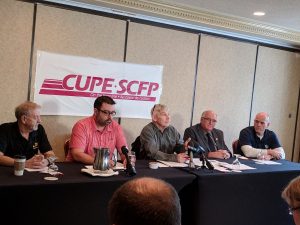 “We call on the Minister Fraser to take the bull by the horns: get rid of these directives that make our roads unsafe. Deal with their root cause: start with hiring one spare per division. This would be a good step to begin reversing the cuts to permanent staff and equipment over the last years,” said Hardy.

At the conference, CUPE Local 1190 officially relaunched their “Bad Road Hot Line” for tracking road conditions. The public is invited to use the hashtag #badroadsNB to share pictures and driving stories on social media to get heard by politicians.