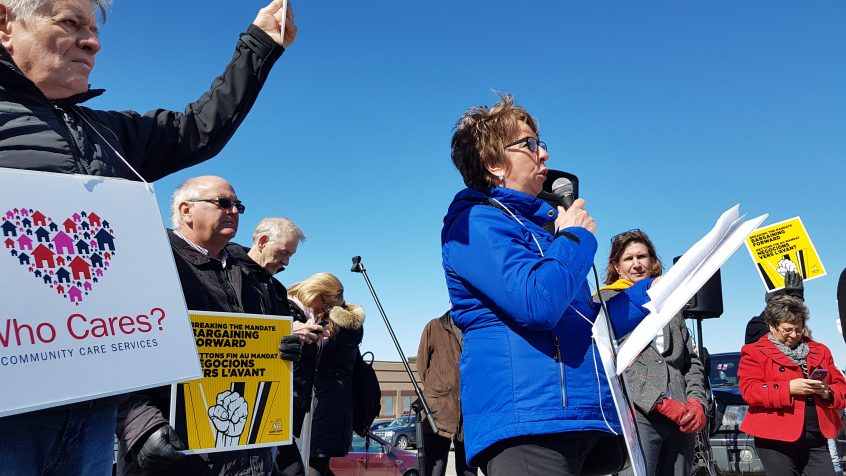 On April 1st, just after the Easter weekend, the home care employees begin a ninth year without a collective agreement.

“The employer needs to bring real wage increases to the table. If they can’t do that, after nine years, they should admit it to the public,” saidThérèse Duguay, President of the Local 4598.

Duguay has been working for the Red Cross for over 15 years, but only makes $13.65 per hour.

“The Canadian Red Cross has annual operating revenues of over 300 million dollars, yet they can’t find a way to lift their own workers out of poverty?” asked Duguay.

“As stated in Ontario’s “Sunshine List”, Red Cross’s CEO, Conrad Sauvé, made $332,000 this year. Meanwhile, seniors and vulnerable people depend on us, and we can’t make ends meet. No guaranteed hours and a low pay hurts us and our families. It means high worker turnover and dissatisfaction – that hurts everyone,” she added.

“The whole sector of home care in our province is a sad mess. The province needs to step up to make things right for seniors and workers,”said Daniel Légère, President of CUPE NB.  “That why we have started the “Who Cares?” campaign for community care workers, because this government needs to intervene immediately for workers and clients,” added Légère.

At the rally, Daniel Légère reiterated his challenge to all political parties to include fully publicly managed community care services in NB in their electoral platform. 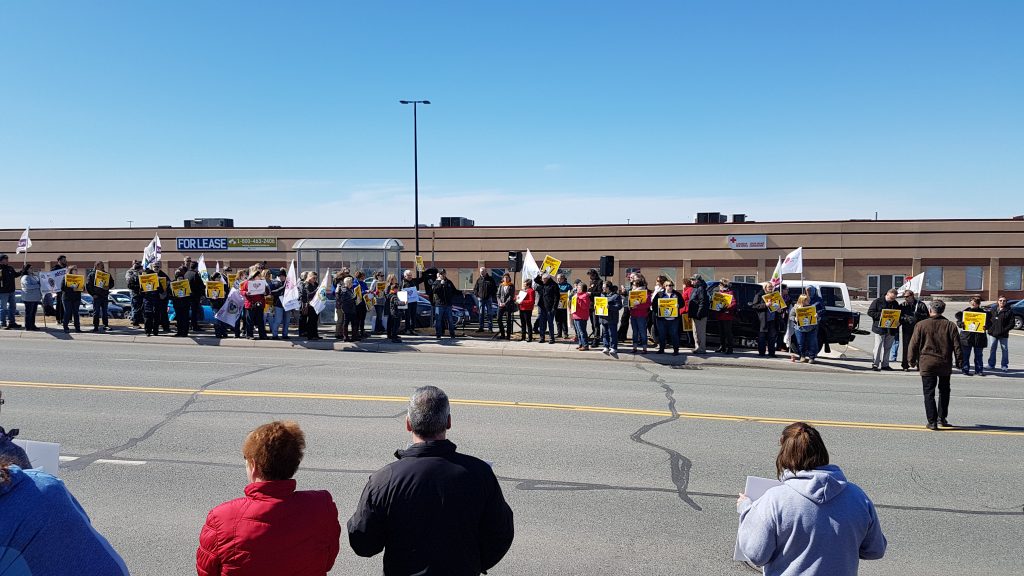 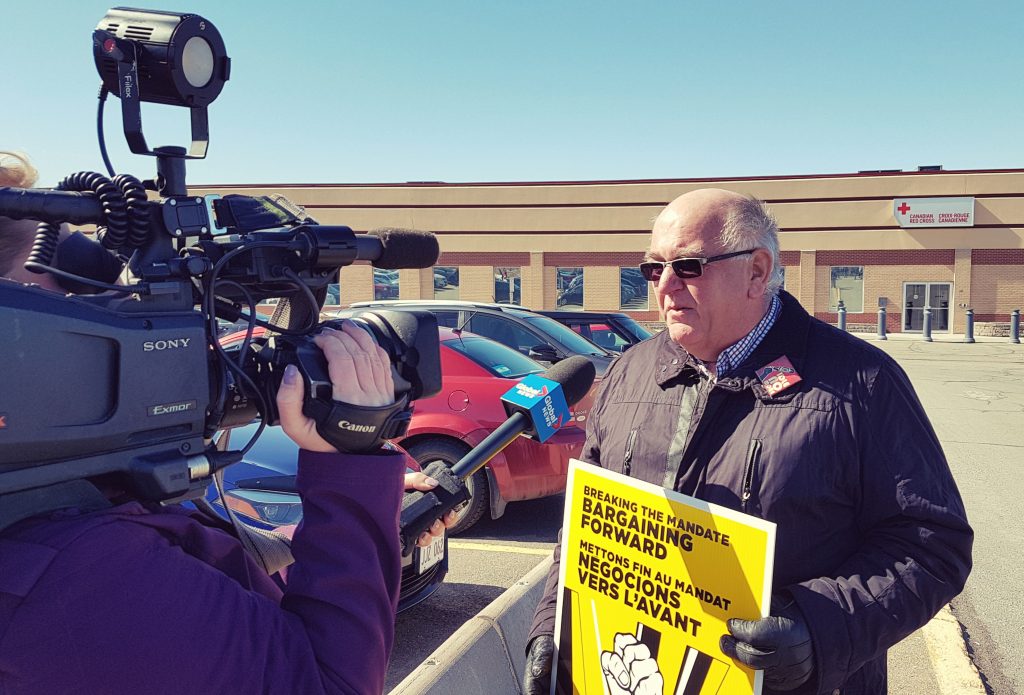 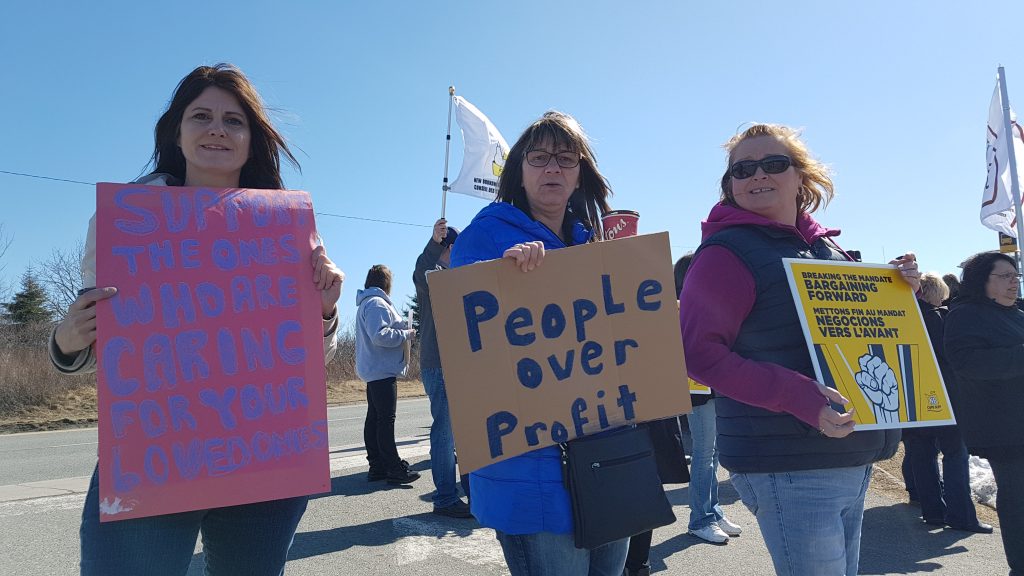 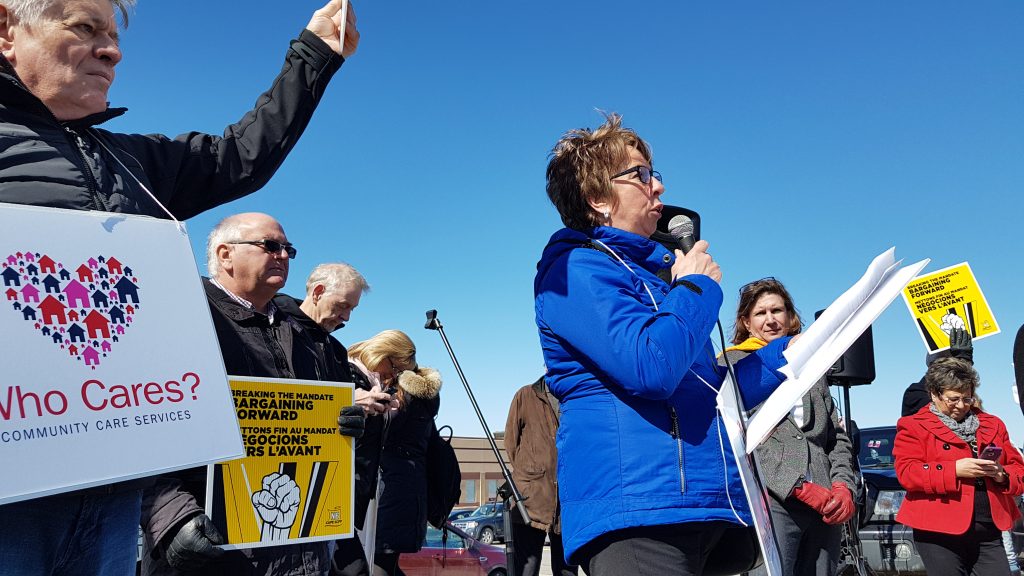