The Convention’s theme reiterates last month’s “Breaking The Mandate – Bargaining Forward” conference, which highlighted the importance of coordinated bargaining in order to increase worker’s wages in our province. 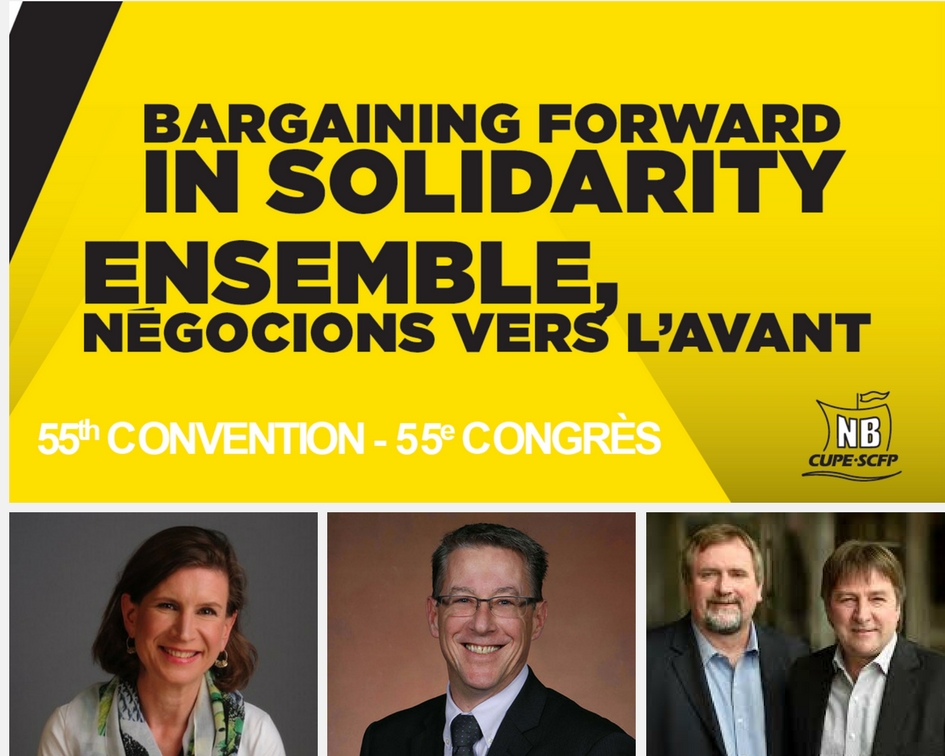 Multiple guest and speakers are expected at this Convention, including:

“Workers across the province have an important role to play in the success of our beautiful province. They keep our hospitals, schools and stores running – and this, in turn, helps grow the economy, strengthen education and improve health care,” said Gilles LePage, Minister of Postsecondary Education, Training and Labour for the Government of New Brunswick.

CUPE NB notes that this is the first time since Richard Hatfield was Premier that a Labour Minister will speak at an annual convention.

“This is a welcome change,” says Daniel Légère, CUPE NB President. “Our Minister will have a chance to meet our members, who come from so many sectors. I am sure they will remind him of how their wages do help our communities and our economy grow,” said Légère.

CUPE NB’s four day convention is expected to bring in over $420,000.00 in direct revenues to the Fredericton community.