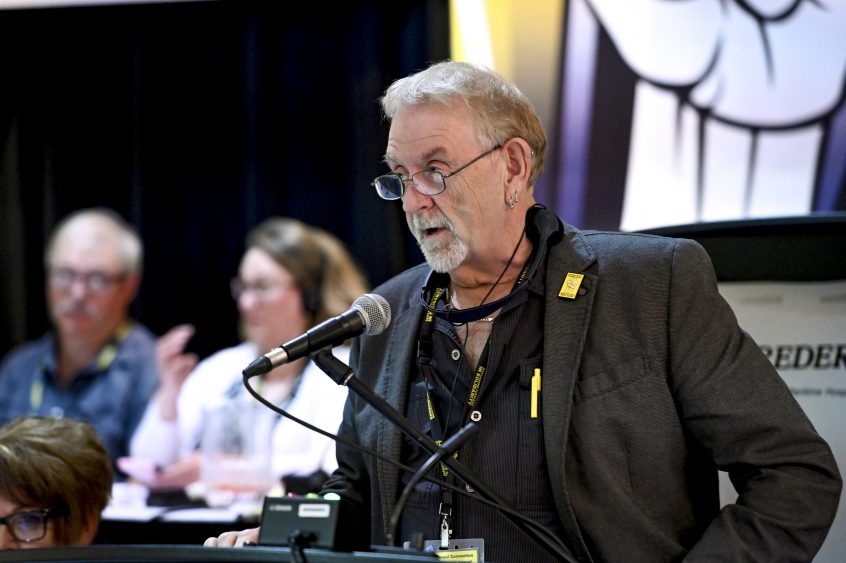 Fredericton, April 15 2019 – On Saturday, close to 350 public employees and elected union leaders voted for Brien Waston as President of the NB division of the Canadian Union of Public Employees during CUPE NB’s 56th annual convention.  Stephen Drost was elected as the Division vice-president. 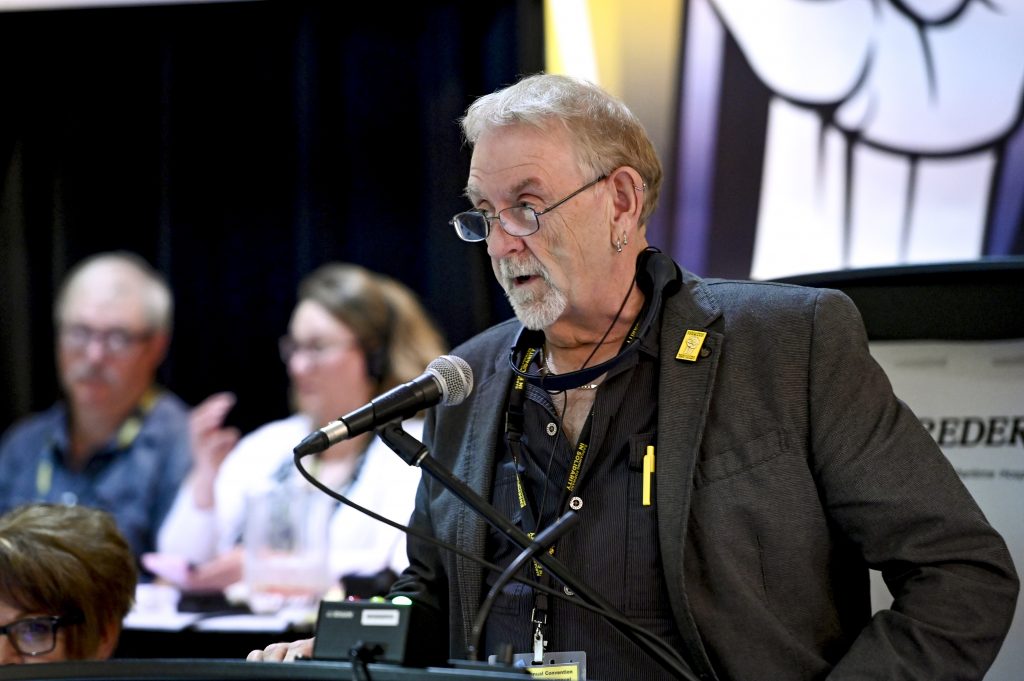 Daniel Légère, outgoing CUPE NB president, had announced a year ago that he would not reoffer.

“I have been President for 14 years. I want to take on other challenges and dedicate more time to my grandchildren,” said Légère.

“I am honoured CUPE members put their confidence in me. My misson is clear : build our members’ power, obtain better wages, working conditions and fairness for New Brunswickers,” said Brien Watson.

“Our Bargaining Forward campaign is now well under way. I am confident Watson has all it takes to not only maintain but to grow the movement. Brien has what it takes to motivate members and build the strength to break government’s wage restraint mandate,” said Légère.