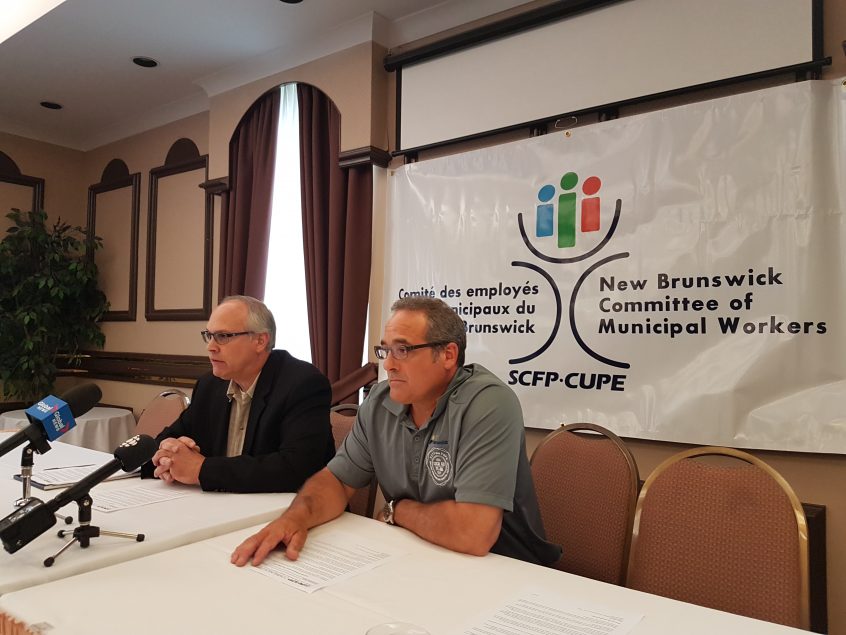 Fredericton, June 21 2019 – This Friday, CUPE’s NB Committee of Municipal Employees held a press conference to voice its opposition to “Ability to Pay” legislation for NB municipalities.

Recently, the Canadian Taxpayers’ Federation, a right-wing think tank, and some conservative municipal politicians in Saint John and Miramichi have been lobbying provincial government to enact legislation similar to Ontario’s rejected 2012 Conservative Members’ Bill 121, the “Ability to Pay” bill.

The bill aimed to restrain arbitrators’ discretion and freedom on issuing wage adjustments for municipal workers such as police and firefighters. 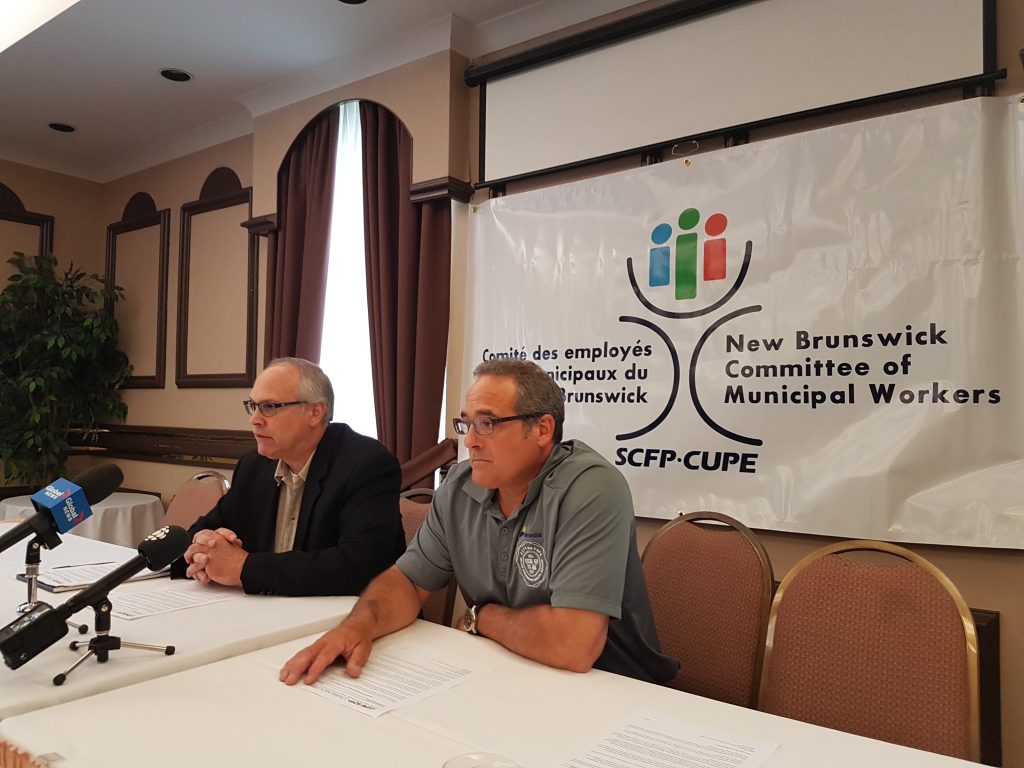 Municipal employers requested to meet with CUPE locals to discuss possible changes to binding arbitration. However, most employers mentioned during meetings this was a Saint John issue only and that they did not have a particular opinion with the current process.

“The Municipal committee believes the current process works. Arbitrators are qualified professionals that use many factors in coming to their decisions. They are neutral, objective, accountable and transparent.  Decisions are based on rooted legal principles. The model does not need fixing as it works,” said Kevin Smallwood, president of the NB Committee of Municipal employees.

Binding arbitration is already a restrictive dispute resolution mechanism, which is the alternative agreed upon by all parties versus the right to strike. “Putting even more restrictions on bargaining rights unreasonably tips the balance in favour of employers,” said Marc Doiron, CUPE Firefighter and Municipal Committee representative.

“This reminds me of the situation Nursing Home workers are fighting at the moment: conservative governments are trying to impose restrictions on arbitrators instead of permitting necessary wage adjustment for people,” said Smallwood.

With significant – and growing – responsibility for public infrastructure and services, municipalities need access to fair and sustainable revenue sources from Provincial and Federal Government, rather than anti-worker laws.