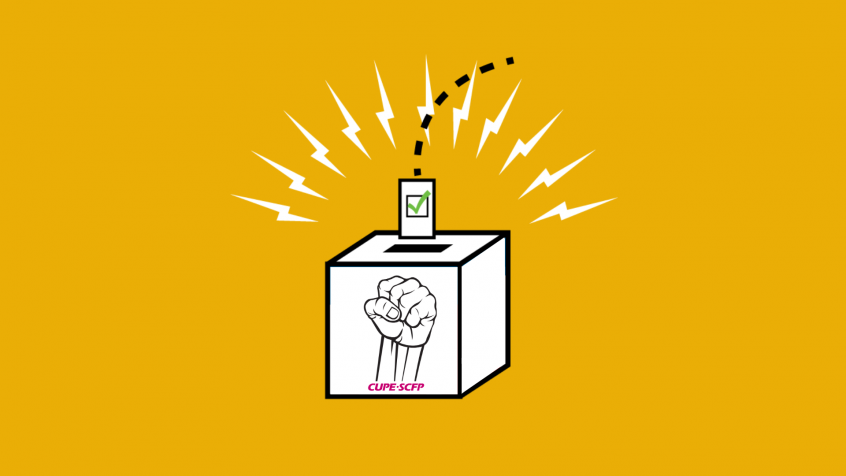 – CUPE Local 1190 has learned that its members’ strike vote process is to be halted again by governmental procedural hurdles.

“The Government is objecting to electronic voting method for our members’ strike vote as if we were in the 1950s,” said Brent Wiggins, President of CUPE Local 1190.

Local 1190 wanted secret ballot voting to go ahead with Intelivote Systems, which is certified with the federal government and hold all federal government security clearances. They are also compliant with all municipal government regulations in jurisdictions where electronic voting is approved.

“Despite this, Treasury Board representatives say they need more proof of compliance,” said Wiggins. “It looks like we will have to bring this government kicking and screaming into the 21st century,” he added.

This new hurdle comes after the Employer stalled voting in November by contesting the Union members’ eligible voter list.

“The Province is incapable of producing an accurate list of its own employees. Just last week, the Treasury Board added another 82 names on the list. That comes on top of the five hundred more names they added to the original list sent to the Union on November 6, 2019,” said Wiggins.

“This is clearly a direct effect of the few resources allocated to public sector negotiations. It’s sad to see that we are entering 2020 with a government that does not have confidence in elementary electronic voting processes,” said Wiggins.

CUPE Local 1190 represents over 1500 general labour and trades workers throughout New Brunswick, in over 8 Departments, including provincial parks and highway workers.