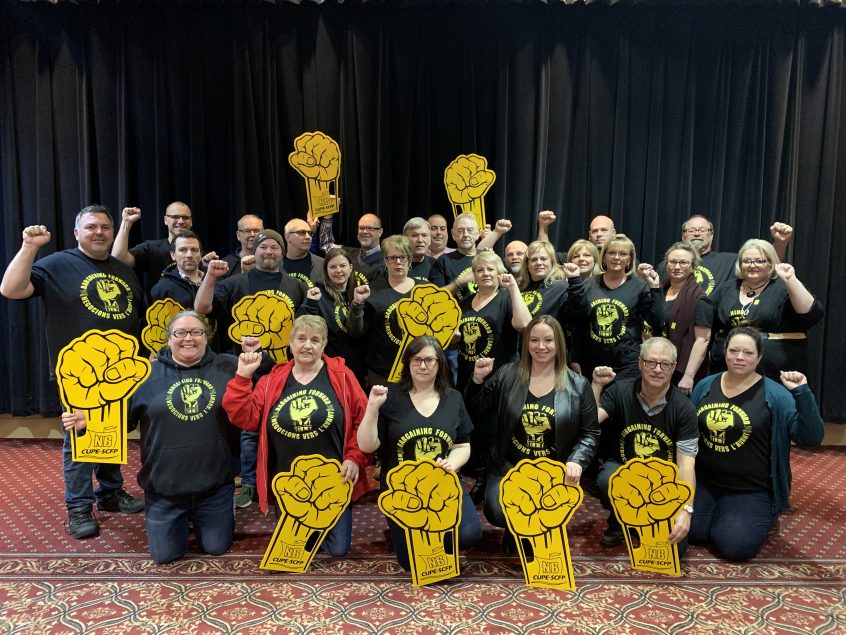 Fredericton – On January 17, 2020, all NB schools’ officials had received instructions to discipline any school workers who dares to wear a CUPE “Solidarity” T-shirts and materials. 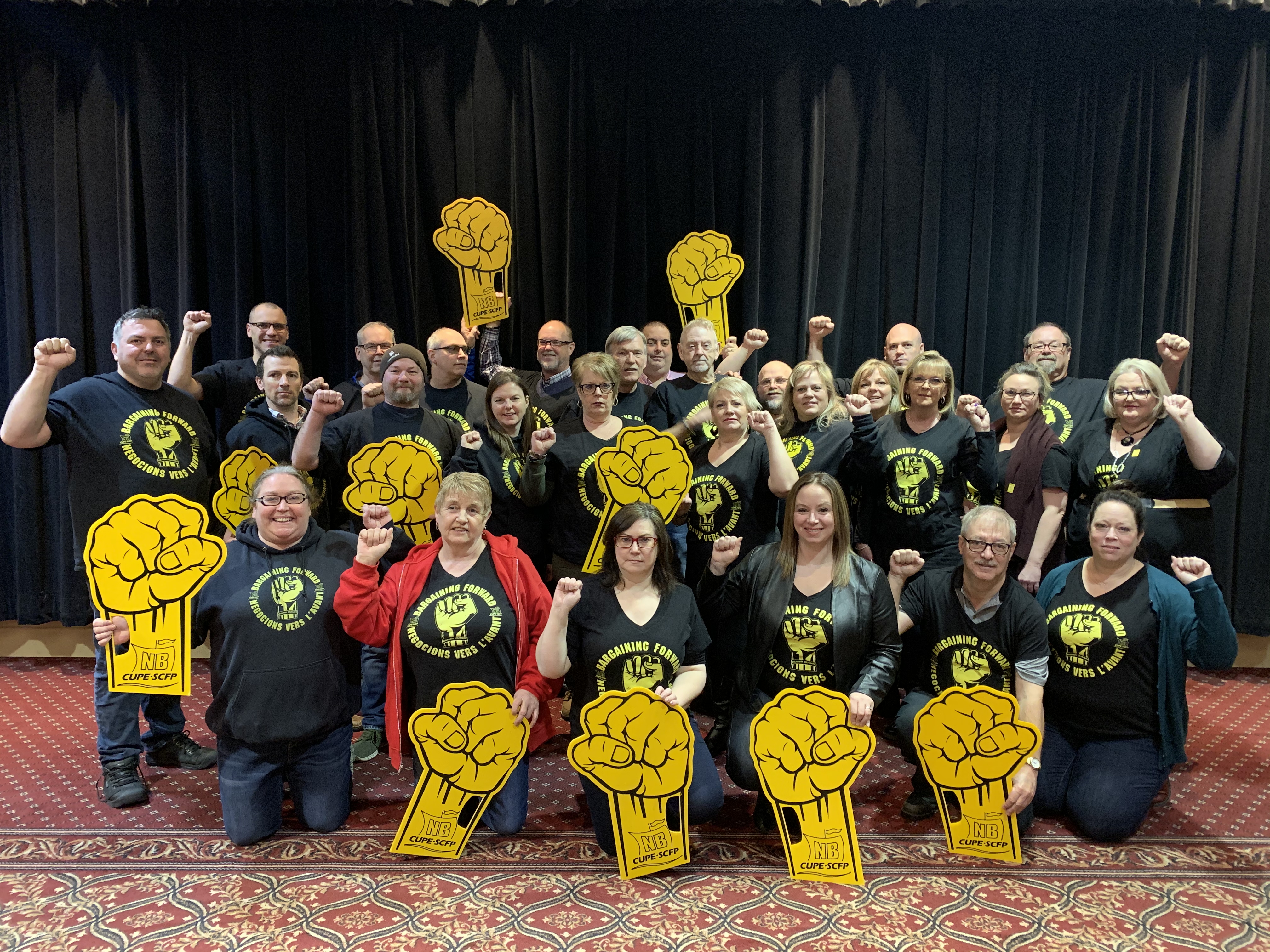 CUPE members in all workplaces have been wearing the “Solidarity – Bargaining Forward” shirts for almost two years and have had no issues in the workplace. Suddenly, the Districts claimed this ban was justified because they consider this universal symbol of solidarity and respect to be offensive to them.

“This seriously interfered with our Charter rights to freedom of association and freedom of expression,” said Brien Watson, President of CUPE NB. “The directive not to wear the shirts at work was either an arbitrary decision based on upper management’ decision or the Ministers’ political motivation rather than based on legal precedent,” he added.

Throughout the Province, there has been reports of school bus drivers, custodians, educational assistants, clerical staff and more being threatened with or given discipline on that Friday.

That same day, members reacted and defied the unconstitutional policy, exposing themselves to discipline from management. Thankfully, Minister Cardy himself issued a retraction later that day after membership actions ,Local 2745 and 1253 actions and statements, media attention and CUPE NB Division intervention. 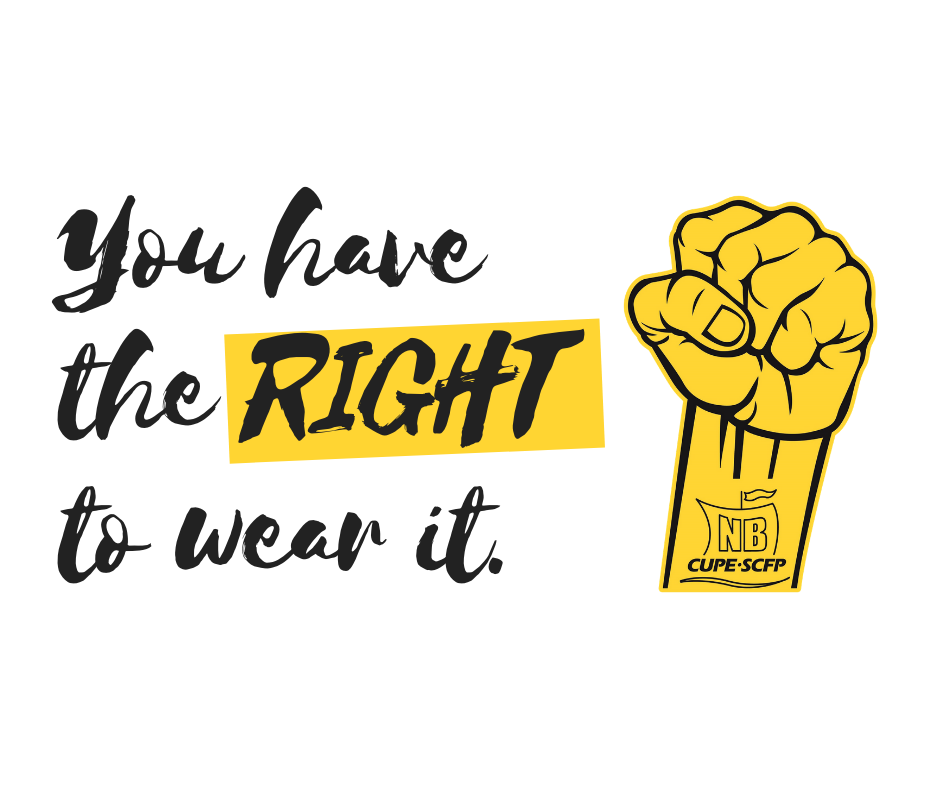 The raised fist on the shirts are clearly labelled with the word “Solidarity-Solidarité”. Despite the evident nature of this symbol, some members had even  been told by school officials that the solidarity symbol is “racist” and or “sexual in nature”.

“Schools are supposed to have a zero-tolerance policy against harassment and bullying, and here we have officials in positions of authority who tried to bully our members. It’s appalling to see how such highly educated people are so ignorant of the history of this symbol, share by women’s rights champions, the LGBTQ movement, labour leaders, pro-democracy movements, civil rights leaders like Martin Luther King, Nelson Mandela and many more,” said Watson.

“Our entire Executive Board, representing over 30 000 members, has stood in support of those members expressing themselves. We will not accept this blatant disregard for workers’ rights to express solidarity, in any workplace,” concluded Watson.

The CUPE NB Executive Board is pleased to announce that we will be holding a a Virtual Convention in April 2021. Because of COVID-19, the dates are still tentative at the moment. More details to come.   DATE:  April 21-24th, 2020 TIME:  Commencing at 9:00 a.m. – a link will be provided to participate in Virtual Convention. LOGISTICS OF THE ... END_OF_DOCUMENT_TOKEN_TO_BE_REPLACED
View Calendar
Add
My Tweets