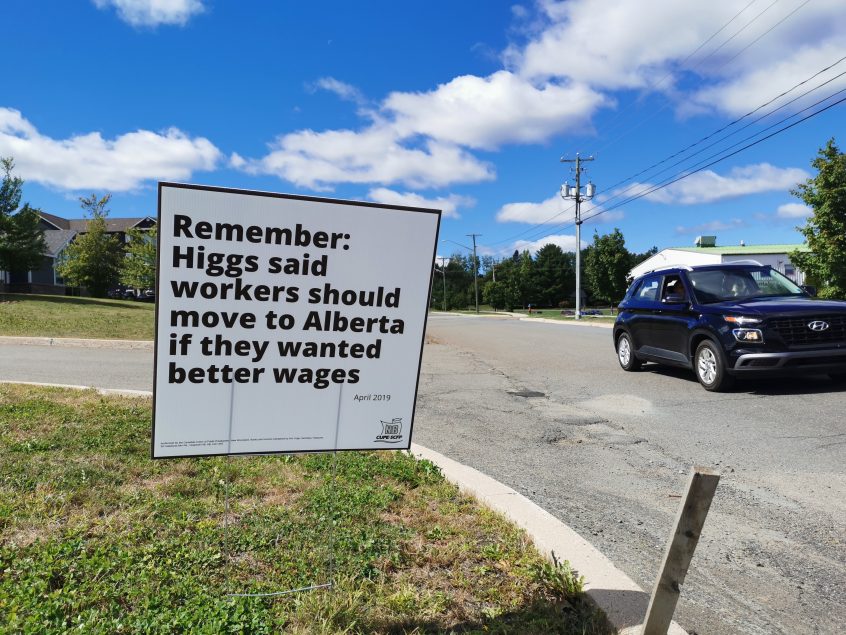 September 11, 2020 – As a registered third-party advertiser in the NB provincial election, CUPE NB had put up close to 250 outdoor signs denouncing the inaction of the Progressive Conservatives and Peoples Alliance Party on workers’ issues. More than a hundred were stolen in the last four days in Miramichi, Oromocto and Saint John. 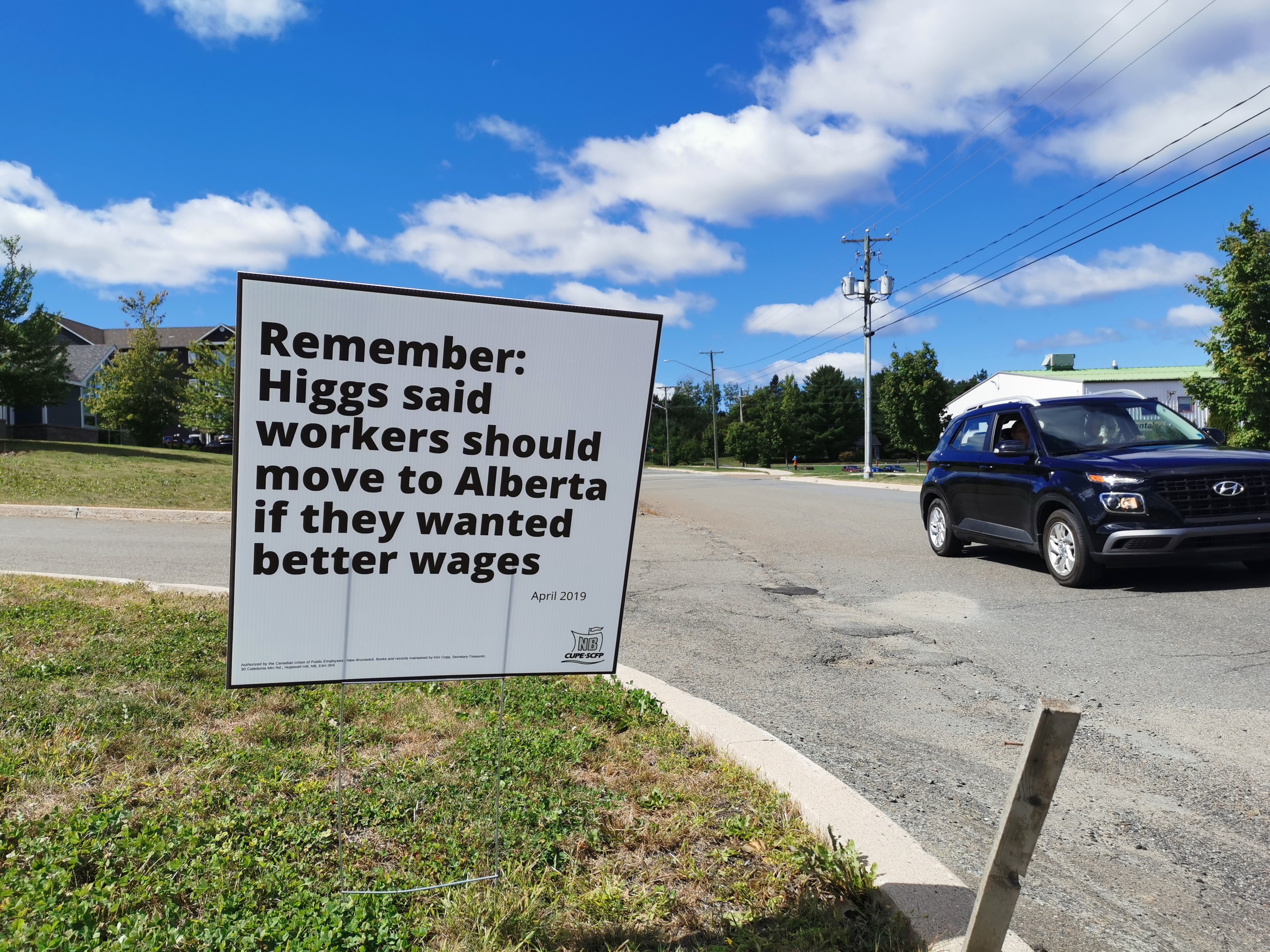 The square 2×2 signs had simple messages such as “Remember Michelle Conroy turned her back on Nursing Home workers”, “Remember: Higgs said workers should move to Alberta if they wanted better wages” and more.

“We suspect PC and PANB partisans were involved in an organized effort,” said Brien Watson, President of CUPE NB.  “Residents in the Miramichi have sent us images of individuals caught stealing the CUPE NB signs,” he added.

This week, many PANB supporters bragged on public Facebook posts about burning the signs in their fire pits.

“The truth hurts for the PC and PANB members. We are playing by the rules, but despite this, they are going above and beyond to break the law to deny workers their democratic right to express themselves in this election” said Watson.

CUPE NB has reached out to the Miramichi Police force and they have begun an investigation.

In Oromocto, over 45 CUPE NB signs were stolen in less than 12 hours.  “This is not the work of a few teenagers. This is a deliberate and coordinated action. It’s against the law and is an affront to the workers’ right to express themselves lawfully in this election,” said Watson.

The RCMP in the Oromocto region has told CUPE NB they would be asking local businesses to share exterior CCTV footage to identify the individuals.

Election sign vandalism can result in charges under the Criminal Code of Canada. CUPE NB asks that anyone who sees vandalism or theft of election signs to call police or Crime Stoppers at 1-800-222-8477.

The CUPE NB Executive Board is pleased to announce that we will be holding a a Virtual Convention in April 2021. Because of COVID-19, the dates are still tentative at the moment. More details to come.   DATE:  April 21-24th, 2020 TIME:  Commencing at 9:00 a.m. – a link will be provided to participate in Virtual Convention. LOGISTICS OF THE ... END_OF_DOCUMENT_TOKEN_TO_BE_REPLACED
View Calendar
Add
My Tweets