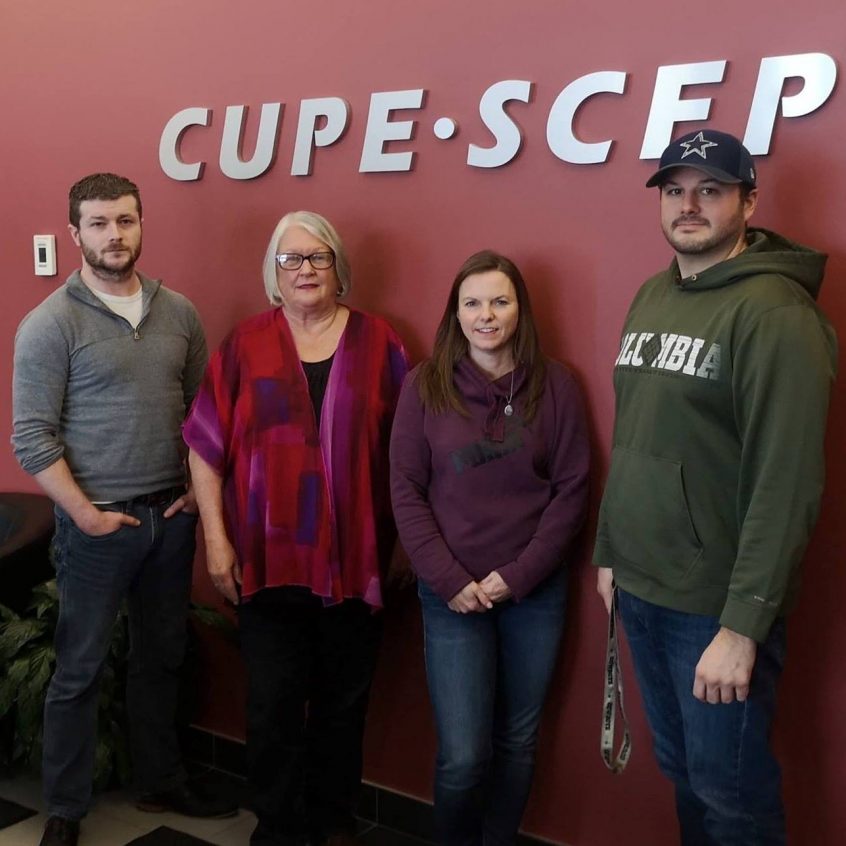 Fredericton, October 30 2020 – Recently, the NB Coalition for Pay Equity released an 86-page report to bring attention on the undervalued and underpaid work in community care. The report highlights the extent of the pay gap in this overwhelmingly female-dominated sector.

“The report’s findings are wholly supported by the 21 union locals that are members of the New Brunswick Community Service Unions (NBCSU),” said Laurie Anderson, president of the NBCSU and herself a group home worker.

This summer, the federal government had announced a temporary wage top-up for workers earning less than $18/hour in the sector, as it was clearly recognized as essential work.  “The wage top-up was a good step, but it does not get us close to pay equity, nor was it the aim of the program. The provincial government has yet to do its part here. Action is needed to get our sector to a fair and equitable wage,” said Anderson.

The Coalition’s report demonstrates that in 2020, in most classifications, community care work remains seriously underpaid by at least $8/hour.

“Our members, like direct caregivers, crisis interveners and home care workers, just to name a few, are not only underpaid; they don’t have enough schedule stability and predictability,” said Anderson.

“The Throne Speech is coming on November 17. I hope Social Development Minister Bruce Fitch will work with Premier Higgs to improve public investment to make fairness a priority in the upcoming budget,” concluded Anderson.

CUPE has long called for pay equity legislation in the private sector and joins the Coalition for Pay Equity in their recommendations for reform.

The CUPE NB Executive Board is pleased to announce that we will be holding a a Virtual Convention in April 2021. Because of COVID-19, the dates are still tentative at the moment. More details to come.   DATE:  April 21-24th, 2020 TIME:  Commencing at 9:00 a.m. – a link will be provided to participate in Virtual Convention. LOGISTICS OF THE ... END_OF_DOCUMENT_TOKEN_TO_BE_REPLACED
View Calendar
Add
My Tweets