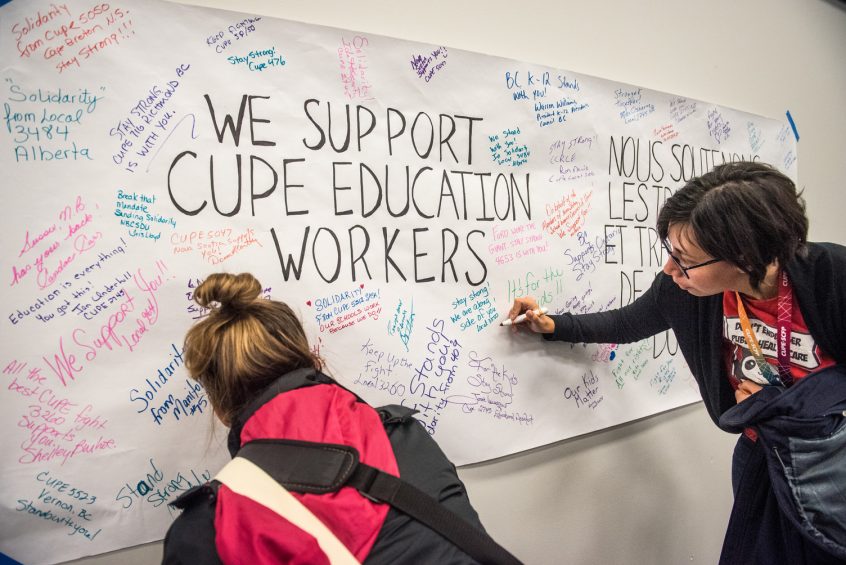 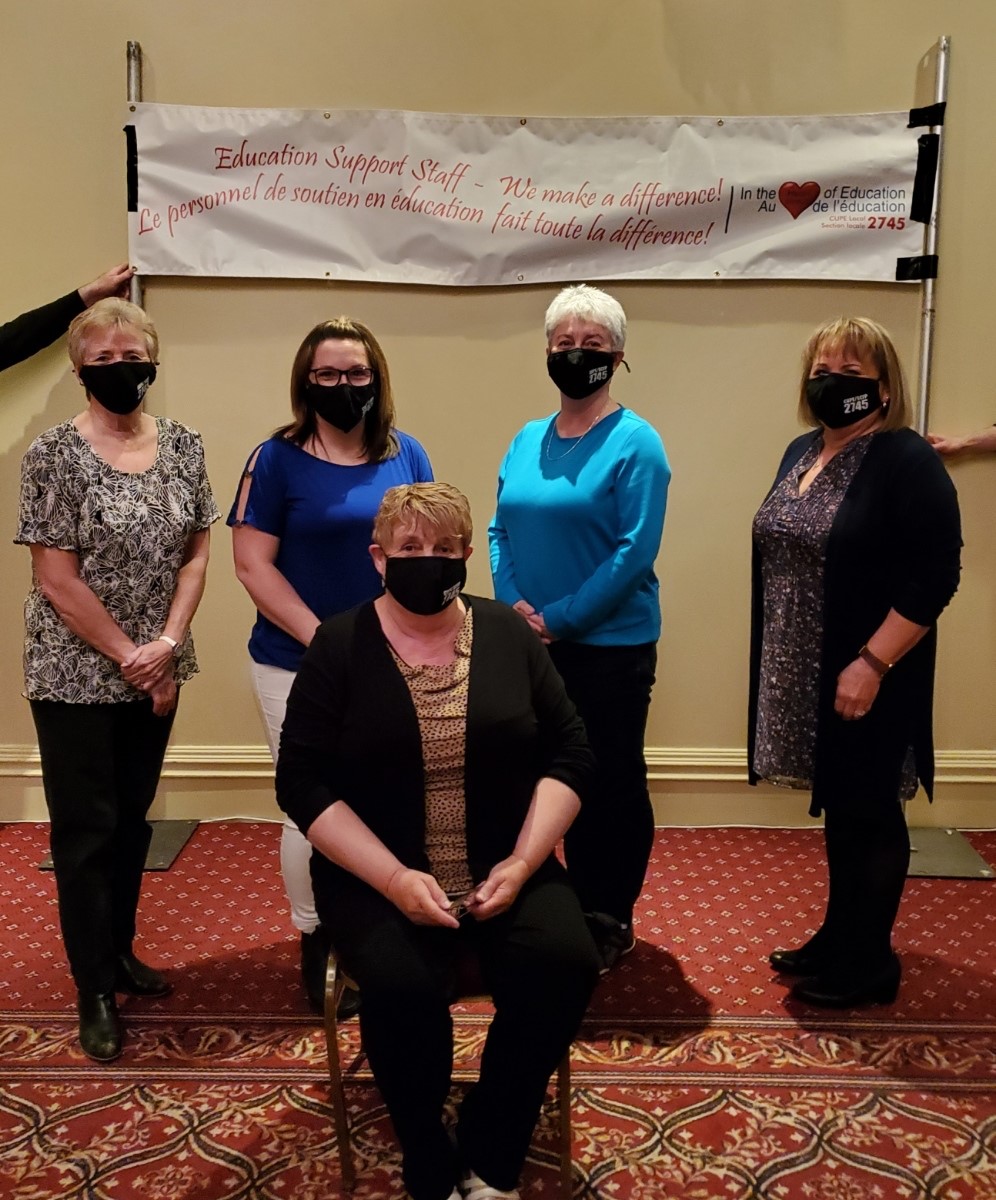 Members of the 2745 Bargaining Team

On May 11, 2021, CUPE Local 2745 held a press conference to announce it had filed a notice of deadlock in negotiations with the NB Labour and Employment Board.  Local 2745 represents close to 4400 educational and clerical support staff in New Brunswick schools and School District offices.

“Our last contract expired back in February 2018. After almost three years of fruitless negotiations, it is clear that the government has led us towards an impasse,” said Theresa McAllister, President of CUPE Local 2745.

“We sent a letter to the NB Labour and Employment Board, and I have absolutely no doubt they will recognize that we are deadlocked until Government really wants to bring fairness to the table,” she added.

In the latest bargaining sessions, we were met by an employer bargaining committee unwilling or unable to provide clarity on the workers’ concerns. “They were unwilling to work towards any middle ground on the most significant issues, and uncompromising in their wage freeze mandate, pension attacks, unfair use of casual work, to name a few,” said Trent Snikkers, national representative for CUPE.

“It’s clear this rigidity in bargaining is demanded from above, from the Premiers’ office. Will Education Minister Cardy intervene to remind the Premier of the importance of the work done by educational assistants, library workers, admin staff, intervention workers and so many others?” asked McAllister.

Like teachers, school workers do not have it easy these days. The uncertainty, the changes, new stresses and a disrupted education cycle have made life more difficult. “Yet we adapted, we continue to do our best as public servants. Why is the government trying to fix a fight with public sector workers, the very people who help our kids succeed in school, is beyond me,” said McAllister.