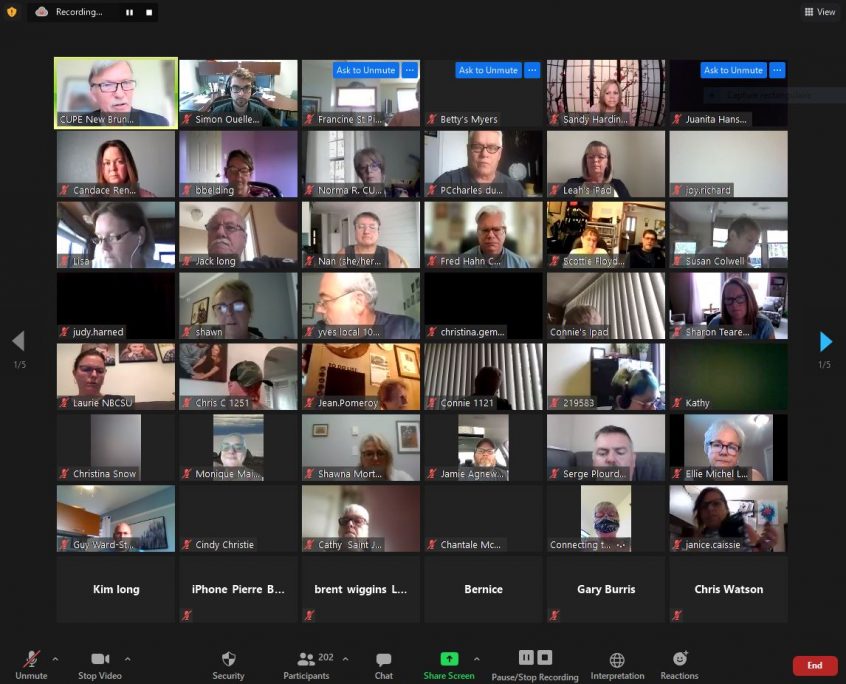 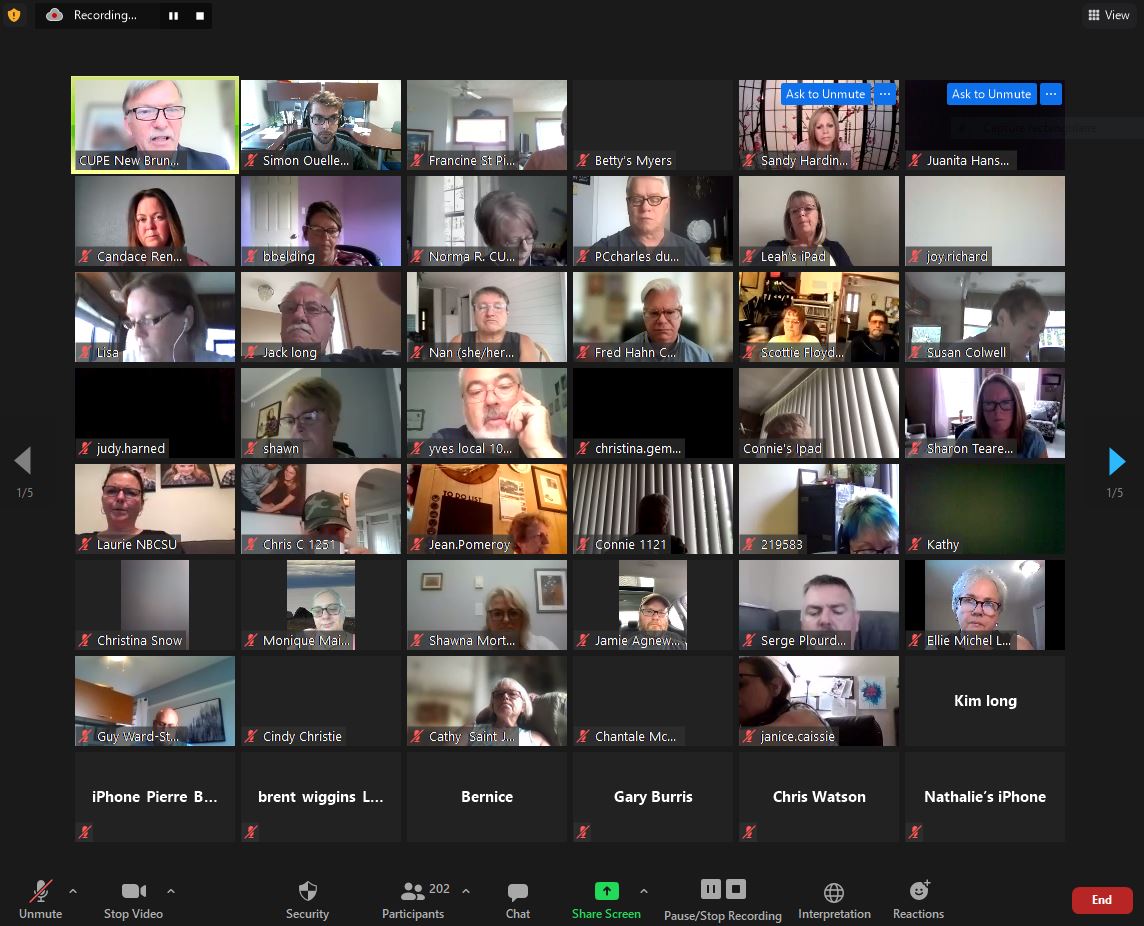 CUPE NB, representing more than 28,000 workers in New Brunswick, held a press conference on July 19 to announce that Premier Blaine Higgs has yet to take any meaningful action or necessary steps to settle collective agreements with over 22,000 CUPE members.

“50 days have passed since notice was given to the Premier to fix the labour crisis that he and his MLAs created. Sadly, Higgs is still backing these workers into a corner. If nothing is done within the next 50 days to address the labour crisis in a fair and respectful way, a province-wide strike vote will be held,” said Stephen Drost, CUPE NB President.

“CUPE’s Maritime Regional Director Sandy Harding and I met with Premier Higgs in July.  He would not commit to resolving the recruitment and retention crisis in public services, nor recognize that fair wages or compensation is part of the solution,” said Drost. “We were professional, respectful, polite, and made it very clear to him. We said workers are not being greedy or irresponsible, they worked through the pandemic and most have not had a fair wage increase in many years. We advised Higgs that zeroes are not acceptable; front-line heroes deserve much better,” added Drost.

Last week, the 10,500 members of CUPE Local 1252 tried to get a fair deal through conciliation. “It was clear the province’s negotiators were not interested in anything else but a wage freeze. Conciliation is done, a deadlock is to be declared in the coming days,” added Drost.

Attending the press conference were more than 215 participants, many of which are rank and file members, local leaders and CUPE leaders from other provinces. Fred Hahn,  President of CUPE Ontario, delivered a strong heartfelt message of support to the NB membership. 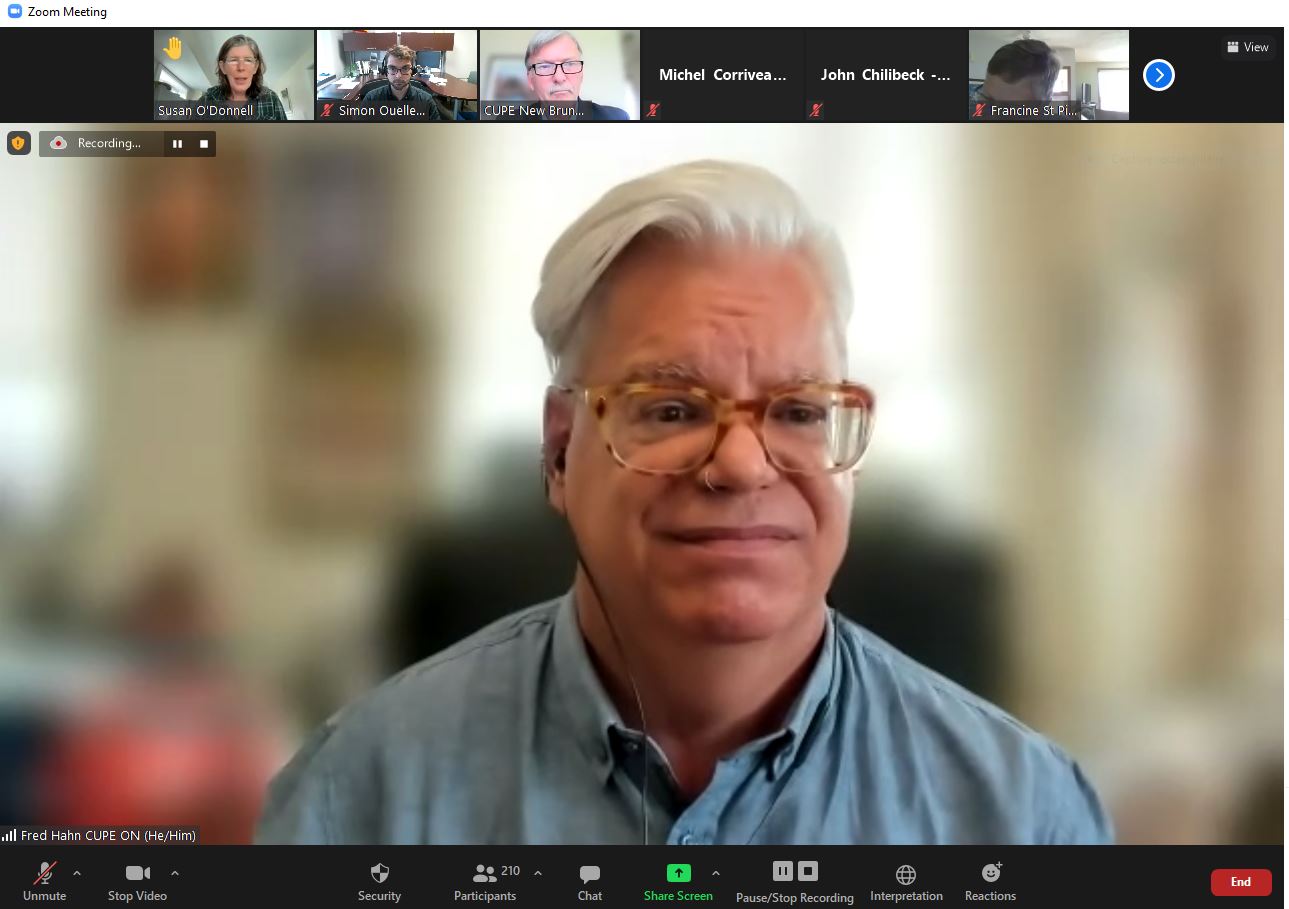 “PEI and Nova Scotia’s governments were able to settle contracts with workers without anybody going on strike. Higgs should do the right and honourable thing and treat our public sector workers with the same regard and respect. It is extremely unfortunate that this Premier and his MLAs are forcing a strike on these workers and the citizens of New Brunswick,” concluded Drost.