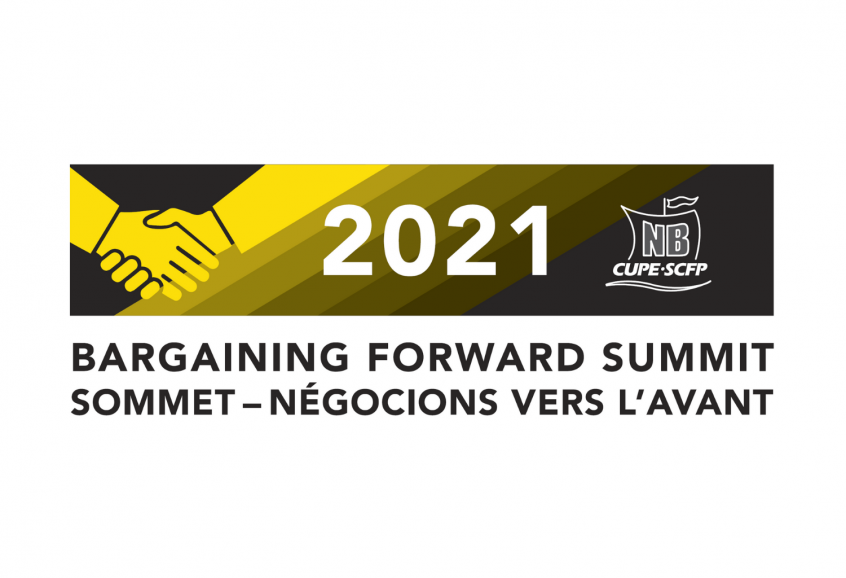 On Friday, August 27, 2021, starting at 9 am, CUPE NB is holding a day-long Bargaining Summit in Fredericton, with over 100 CUPE bargaining team members in New Brunswick present.

While over 100 members of CUPE Bargaining teams of Part 1, 2, 3, and 4 of the NB public service are meeting in a large outdoor conference tent. located behind the Crowne Plaza Lord Beaverbrook Hotel in Fredericton.

Members and the public can watch the event online from the live feed through this page: http://www.fairwagescupe.com/

Among guest speakers present are:

The summit is being held as more than 22,000 CUPE members in NB are currently without a collective agreement and are preparing for a province-wide strike vote in early September if no fair deal is reached with Government.