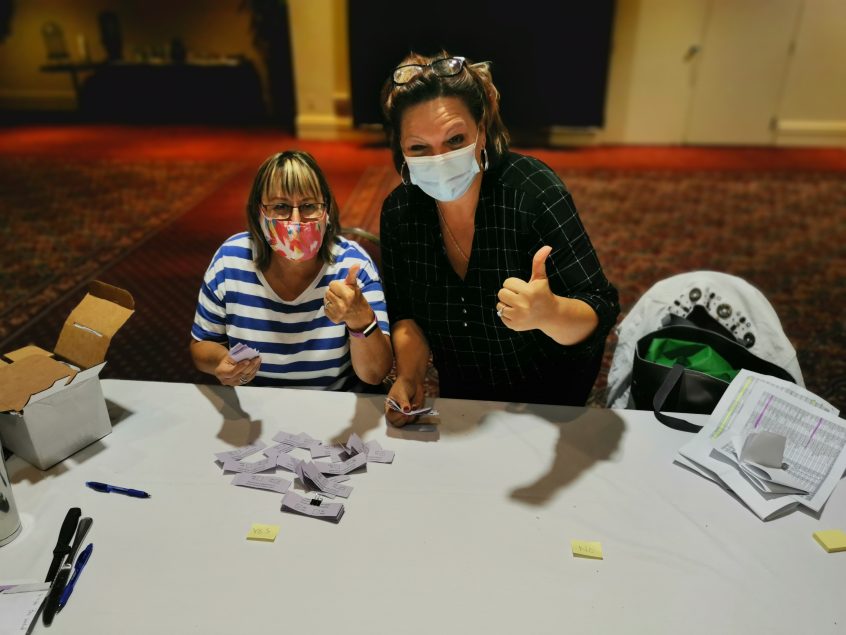 Moncton, September 14, 2021 – CUPE NB and the leaders of the CUPE Centralized Bargaining Team held a press conference today to announce the results of the first completed strike votes. Out of the 10 provincial locals conducting strike votes, three CUPE locals concluded their votes.

“Those CUPE members are giving a snapshot of what’s to come. They are sending a strong message to the government with a strong, strong strike vote,” said Stephen Drost, President of CUPE NB.

The results by region are as follows: 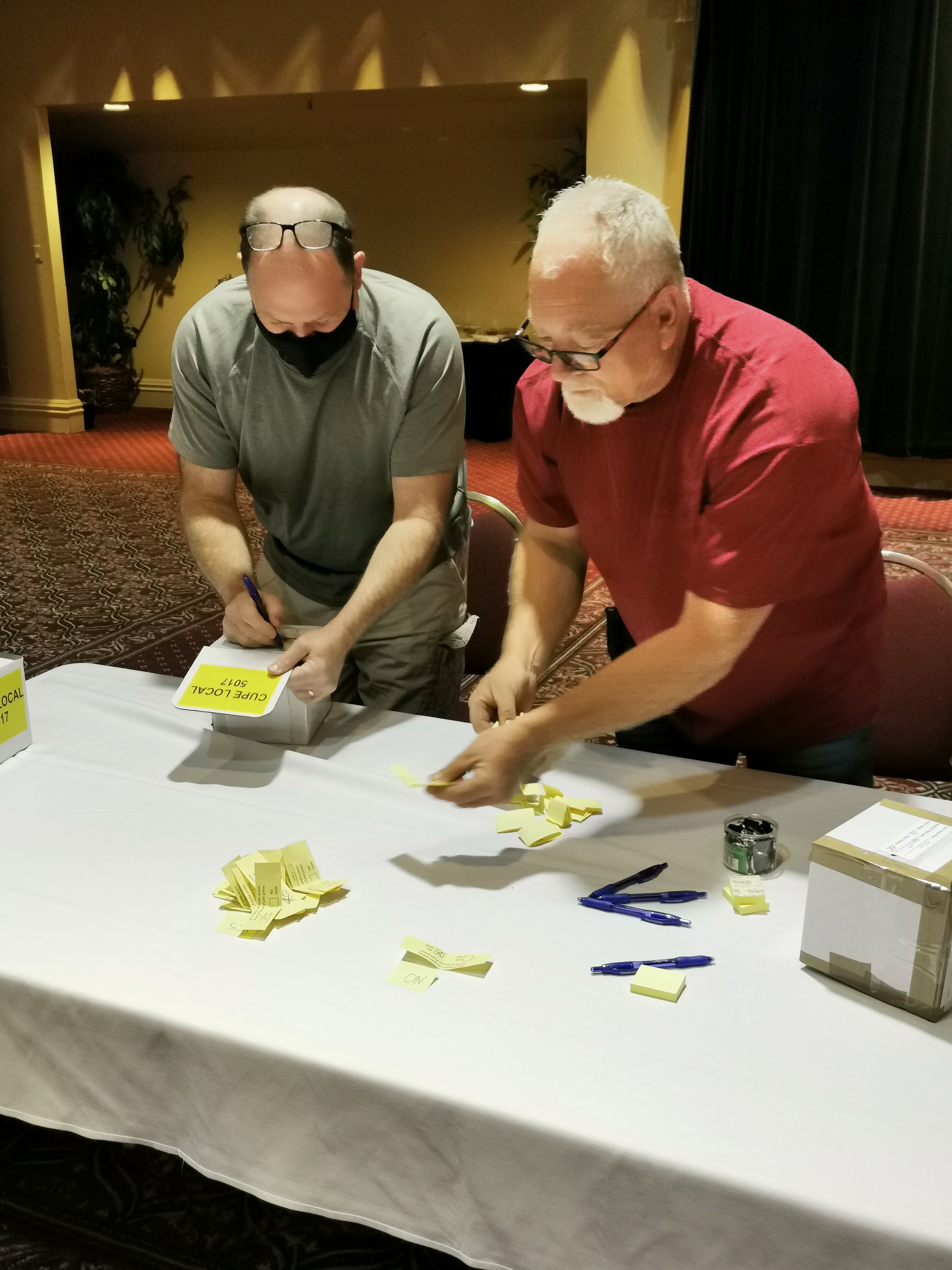 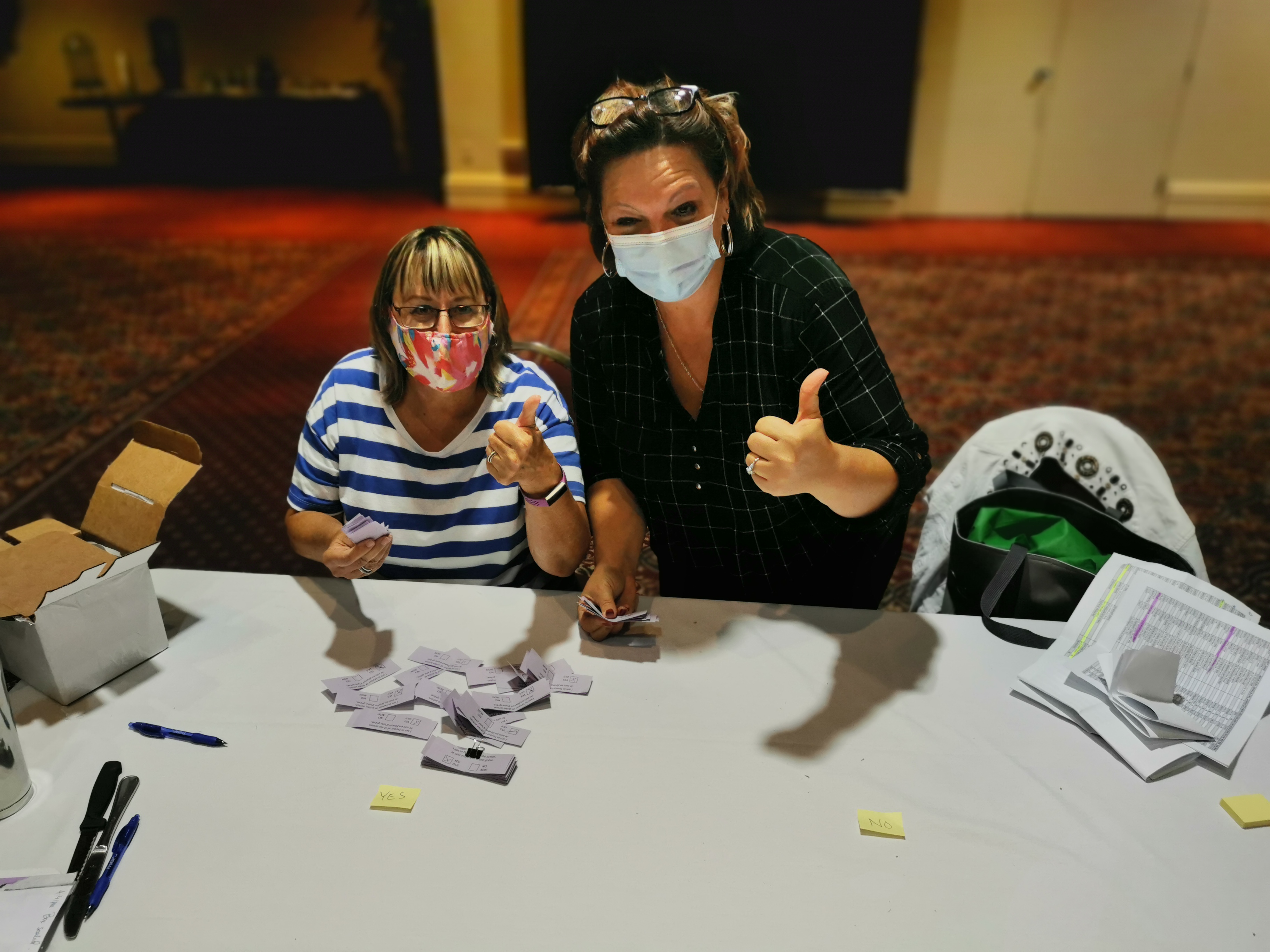 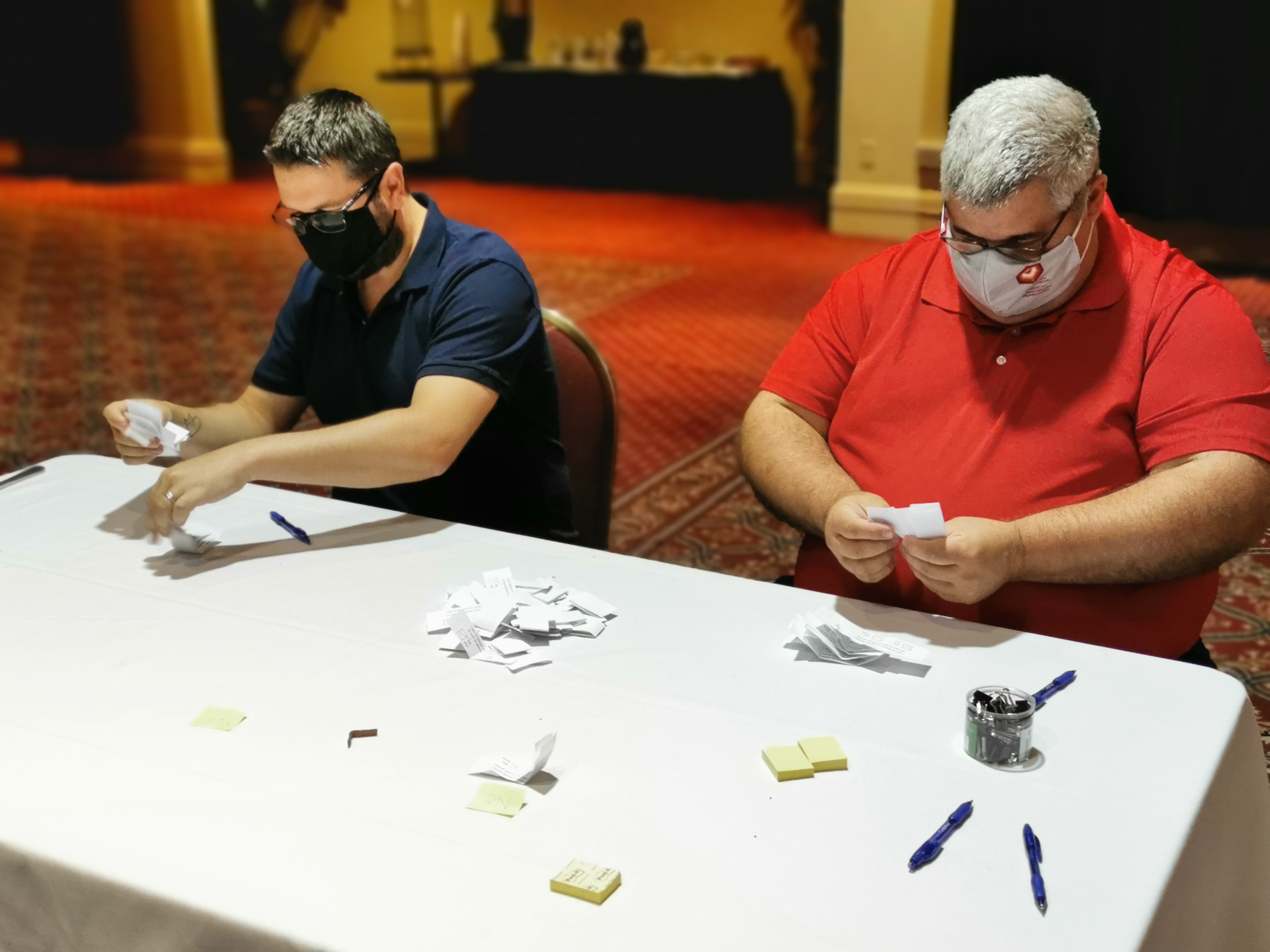 “These members are sending a strong message, and it’s foreshadowing what is to come. It is also a scathing review of the government’s inability to recognize front-line workers. Workers want a fair deal, not empty promises and propaganda in the papers,” said Drost.

“Front-Line workers have endured so much with so little support, and it’s clear that they are ready to strike if needed so the government takes them seriously. Decades of little to no wage increases, along with a major recruitment and retention crisis, can and must be dealt with at the bargaining table through fair wages,” said Stephen Drost.

These 3 locals had received proper employer-provided lists to conduct a proper vote respecting the PSLRA provisions.