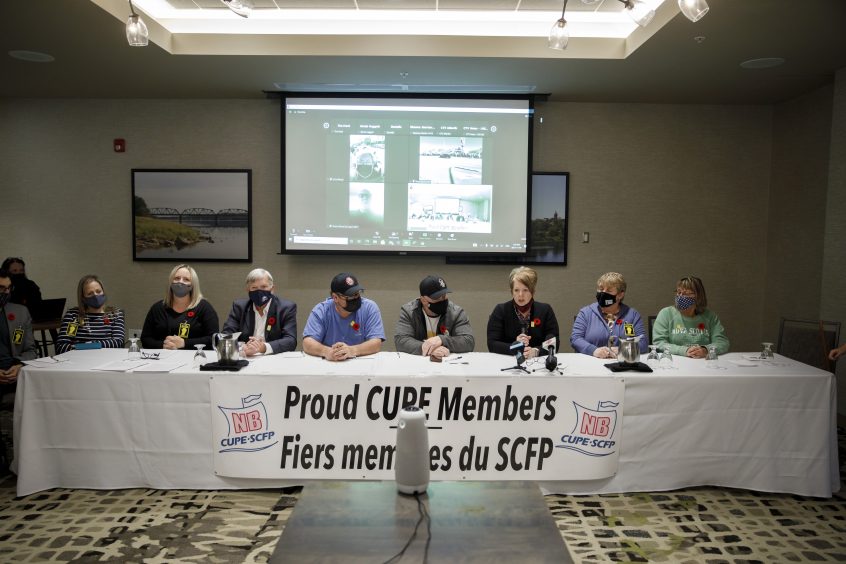 The mandatory order came into effect at 11:59pm. It became apparent this morning that although the order mandated all CUPE Local 1252 and some CUPE Local 1190 and 1251 members back to work, employers were informing some healthcare workers they were still on strike and needed to go back to the picket line.

“The Premier and Minister Flemming announced a mandatory order under the pretense of protecting the health and safety of New Brunswickers. However, we are now learning that many workers are being turned away from work today. We are questioning what the real goal of the order is,” said Norma Robinson, CUPE Local 1252 president and member of the Centralized Bargaining Team, “Mr. Higgs, you will not break our solidarity. We will not be divided”.

The CUPE locals will use every legal avenue available so members’ charter rights are protected. The Order appears to stifle free collective bargaining and is a direct attack on the Union that dared to stand up for frontline workers in this province.

“Our members were upset, but prepared to go back to work this morning,” said Brent Wiggins, CUPE Local 1190 president and member of the Centralized Bargaining Team. “Now, they are being told their services are not needed. Using heavy-handed tactics to attack members’ rights instead of signing a collective agreement is nonsensical.”

“The strike continues and we will see you in court,” said Chris Curran, President CUPE Local 1251 and member of the Centralized Bargaining Team.