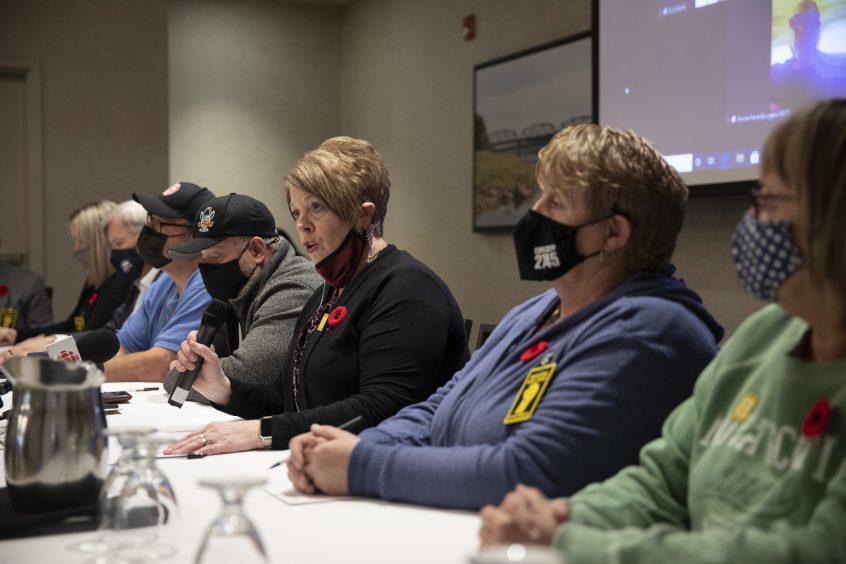 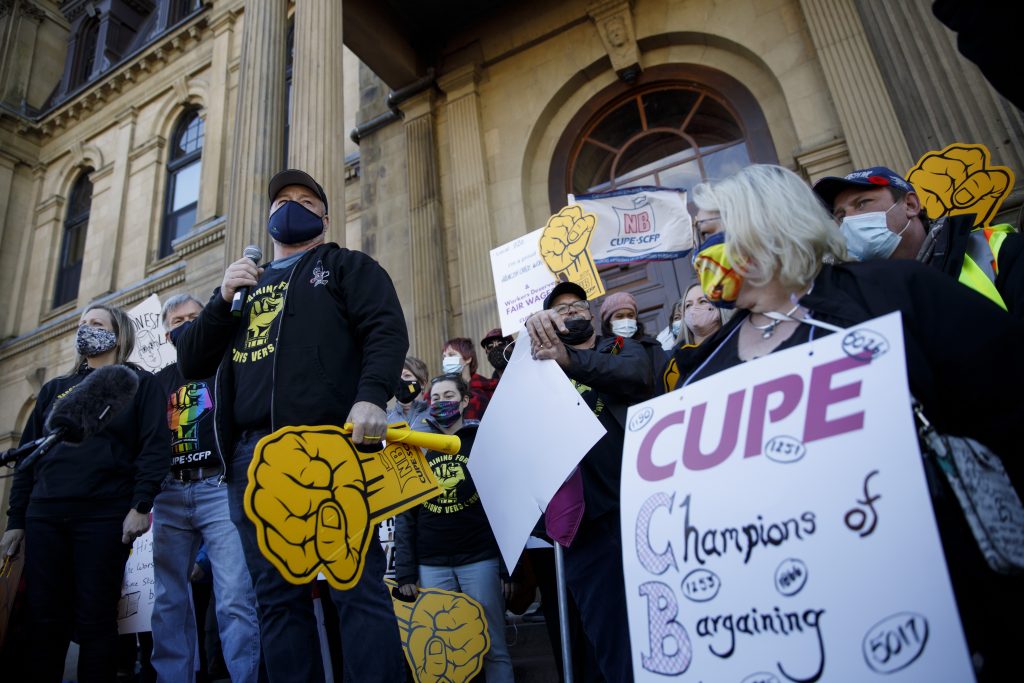 “The new five-year contract is the result of a long struggle, culminating in mass strikes, for wages that go above the cost of living,” said Stephen Drost, President of CUPE NB. “Nothing in this deal was given to us kindly, it was earned through the members’ mobilization and their resolve on the picket lines,” he added.

In this deal, members will see a general economic increase of 2% and a 25 cents per hour adjustment at the start of every year of the contract. As the average CUPE member in NB makes $21.50 an hour, the 25 cents an hour represents more than 1% for every year of the contract. “The overall agreement stands above a 15% adjustment over 5 years and stands at 17.9% for the lowest-paid classifications,” said Drost.

Casual workers who were unjustly receiving less than 80% of the pay of what a full-time worker earned for the same work, will now get 100% of the pay.

Back in December 2020, Higgs wanted to impose a wage freeze, followed by 3 years of 1%. When Centralized Bargaining began in August 2021, he moved to 8.5% over 5 years. “Through public pressure and mobilization, Higgs had to adjust,” said Drost.

Local 1253 leadership hopes to return to the bargaining table to settle the issue of pensions which was at the heart of the matter when members voted down the tentative agreement.

“CUPE NB and all provincial CUPE Locals support Local 1253 members in their efforts to achieve a better contract. I hope they can get a satisfactory resolve at the bargaining table in the coming days,” concluded Drost.