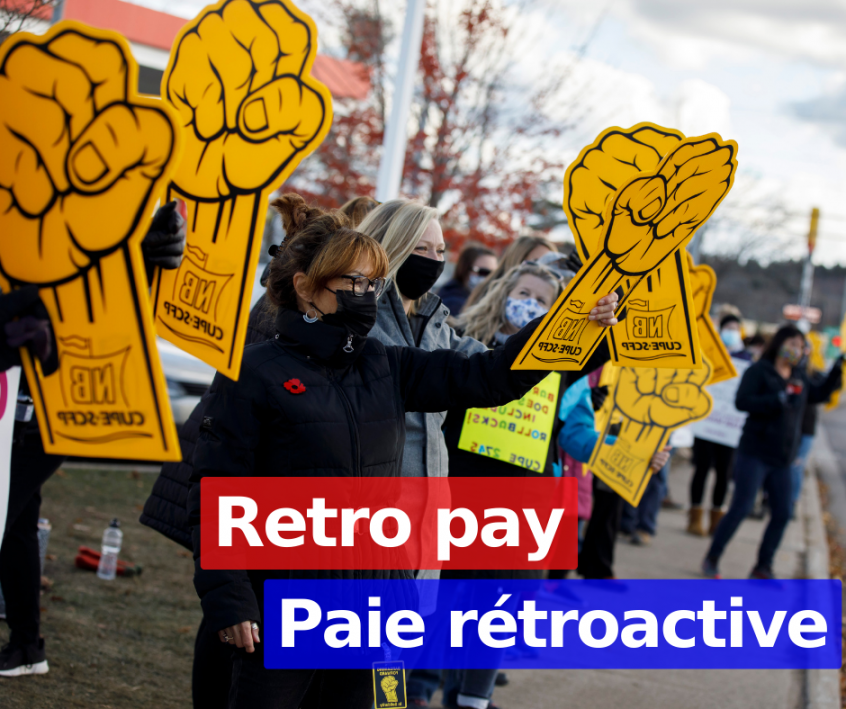 Fredericton, March 16, 2022 – CUPE locals representing Part I of the NB public services (Local 1190, 1251, 1418 and 1840) and CUPE NB held a press conference today. The locals announced they have just filed a formal complaint with the NB Labour and Employment Board to demand immediate repayment of retroactive pay owed to close to more than 4,100 CUPE members (*this number does not include retirees who could be affected by this).

“The Government has failed to meet its own legal obligations under Section 63(1) of the Public Service Labour Relations Act to implement provisions of the new collective agreements within ninety days from the date of their execution. That includes making retroactive payments to workers – that means pay for work already done,” said Stephen Drost, President of CUPE NB. 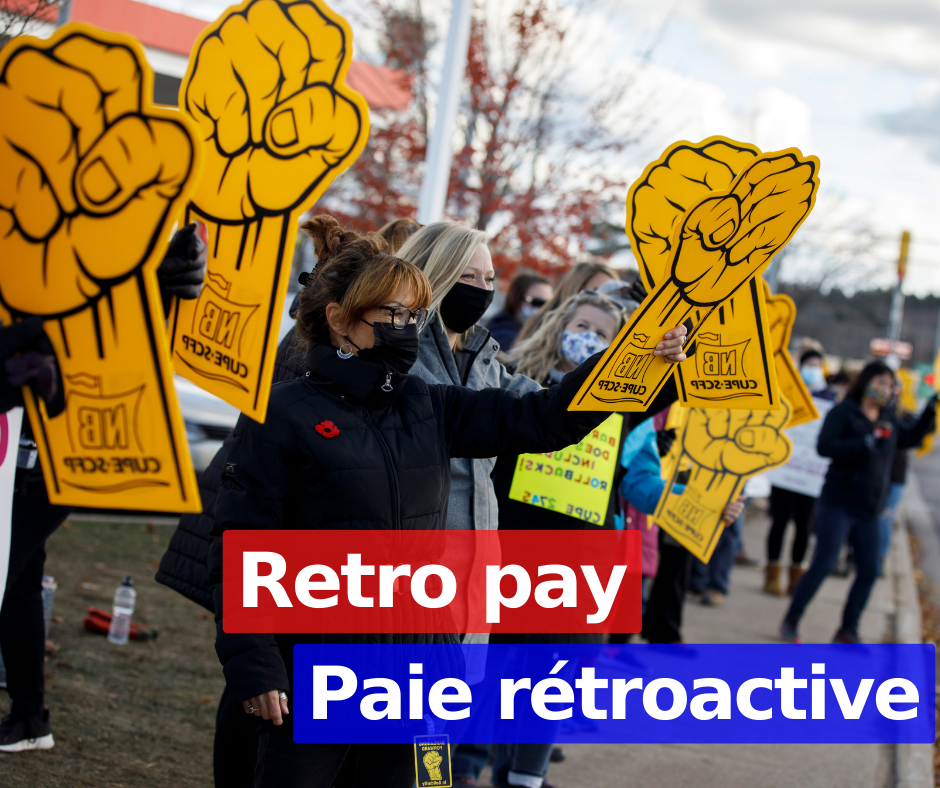 In their joint complaint, the CUPE locals ask the Labour and Employment Board to declare that the employer has broken the law and order it to do the following:

“On March 14, during a pre-hearing conference with the Labour Board, we have heard GNB representatives say that they think they it could be until October 2022 until everybody is paid. This is absurd,” said Chris Curran, President of Local 1251.

The Government should have foreseen the need to prepare for eventual retro-pay adjustments. “This was obvious before the strike was even commenced, as the government had let the collective agreements of most locals remain expired for over 4 years,” said Shawna Morton, President of Local 1418.

“In healthcare, where payroll is handled internally and not through Service New Brunswick, they have completed the retro payments for over 9,000 members in Local 1252.  Finance and Treasury Board should have been ready to finish the job on time or in half the time it took in healthcare,” said Brent Wiggins, President of Local 1190.

At a hearing before the Labour Board scheduled on Monday, March 21, the CUPE locals will present their arguments in opposition to the employer’s applications in which it seeks an extension of the 90-day deadline for the payment of retroactive monies.  “Every day that goes by is an injustice to workers. We hope for a speedy resolve to this situation,” concluded Drost.