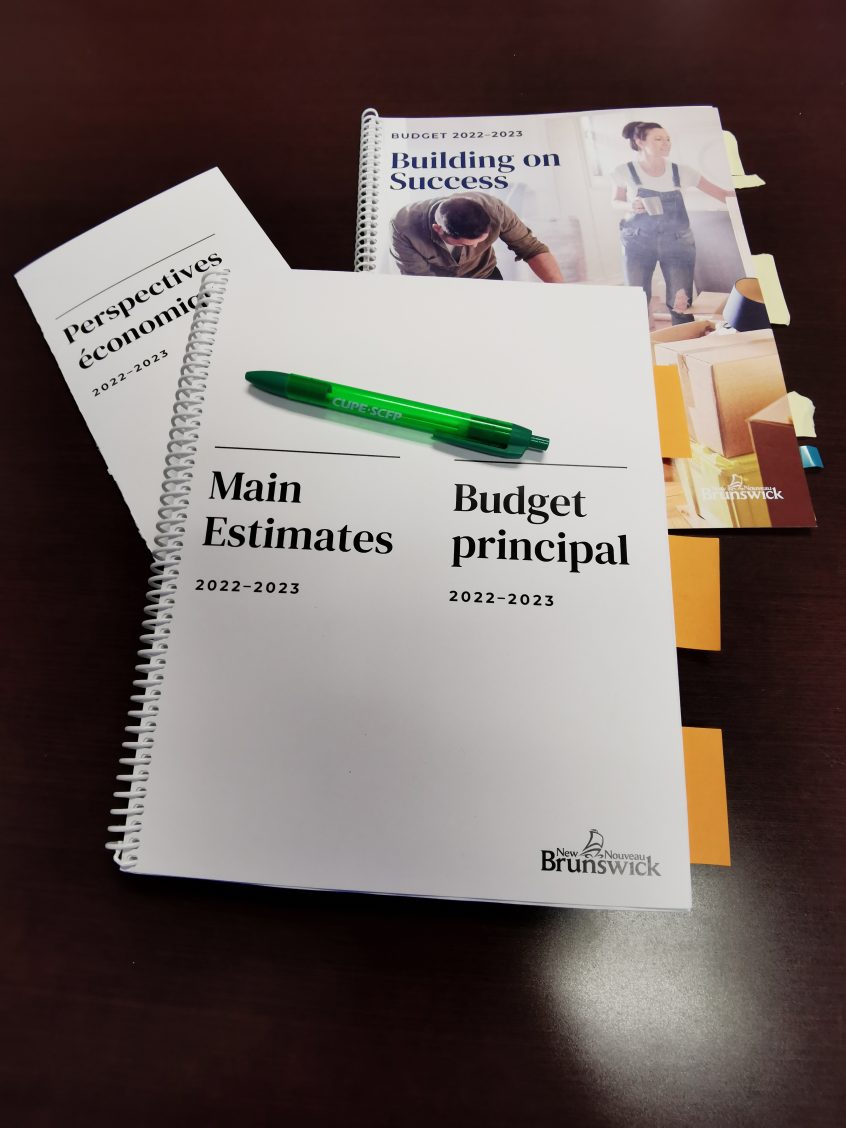 “This is a surplus budget, but there is good news to be found in affordable childcare, thanks to the Federal program fund, healthcare investments, and a one-year rent cap at 3.8% for residential tenants,” said Stephen Drost, President of CUPE NB. 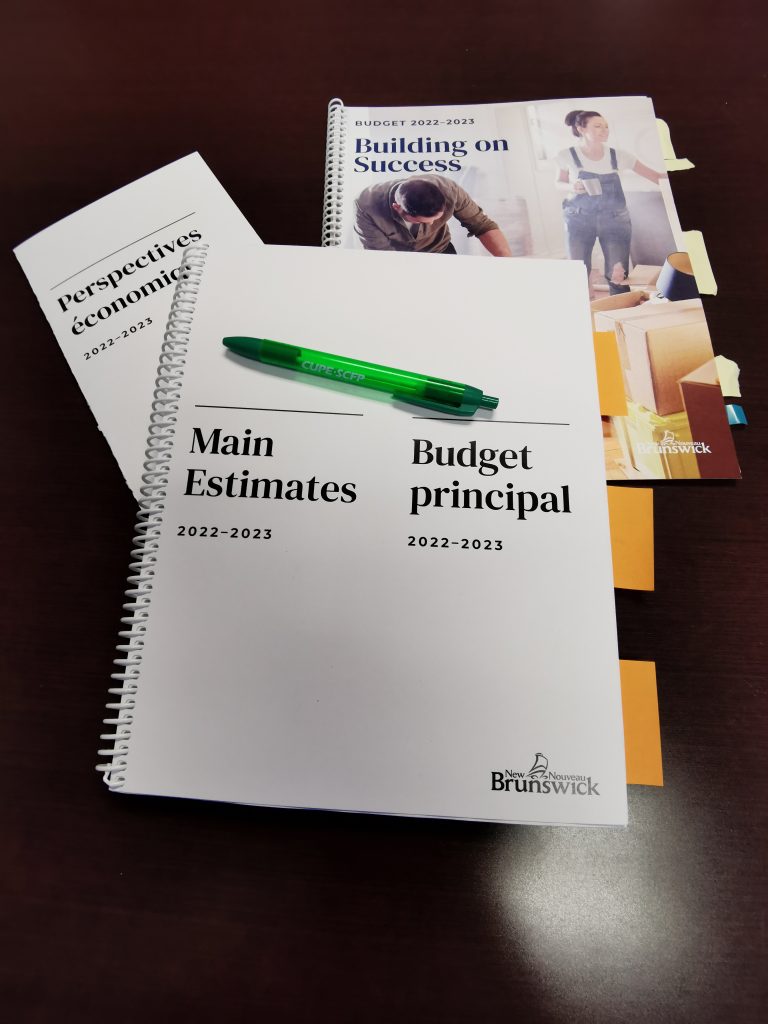 “The 2021 strike showed to all that Government had the ability to pay front-line workers and help them deal with cost-of-living increases. With the hundreds of millions still leftover in surplus, I wish Higgs would act to bring wages in long-term care up to par with those in healthcare,” added Drost.

CUPE NB is concerned with the anti-Keynesian approach chosen by the provincial government.  “Instead of reinvesting the revenue generated by corporate property in improving public services and building affordable public housing, Higgs chose to give tax cuts to big property owners while the economy is in an upswing,” said Drost.

“The Conservatives are cutting GNB’s ability to intervene in a positive manner by $112 million (by 2023) to give tax cuts to big property owners,” said Drost. This is done through the following:

“This will increase housing speculation and construction for higher-income tenants, but it will do little where the market has failed, such as is the case with affordable housing,” said Drost.

CUPE NB notes the lack of imagination and big vision shown in this budget. As we emerge out of the pandemic, New Brunswickers would greatly benefit from innovative ideas such as: