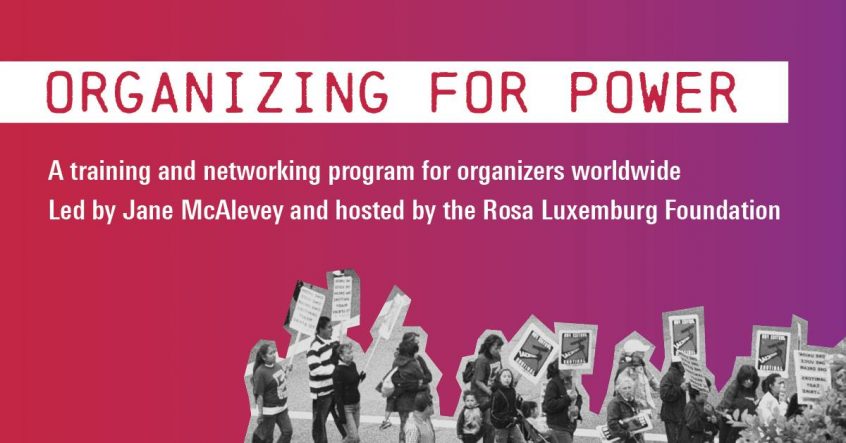 All Locals and Councils heading into bargaining and or wanting to increase membership engagement and participation are invited to the Organizing 4 Power training session, which begins on May 10, 2022.

This training is about high membership participation and organizing to win. There are countless examples of labour victories using the methods, here in the Atlantic region as well as many wins in the United States and across the world, as workers are pushing back. For example, Bargaining Forward CUPE NB, Dalhousie University union organizing success in joining PSAC, Amazon Labour Union’s amazing union drive, Starbucks organizing, and many more. Workers were able to stand up to hostile governments and large corporations and overcome many union-busting tactics.

The training is free and requires workers to sign up as a group. For our workers, this would be possible if Locals and Councils worked collaboratively. For example, someone from your bargaining team, Executive, Sub-unit Executives, and or other activists in your rank and file.

The training is based on the Jane McAlevey methodology with hands-on tools and support to organize to win. Workers can win better contracts and improve working conditions. The examples above are just a few and there are many more proven labour victories in the past 5 years using these strategies.

Registration is now open until May 3, 2022 for Organizing for  Power’s Core Spring/Summer Fundamentals Training. This upcoming training, which launches May 10 and runs six consecutive Tuesdays until June 14, builds on the core organizing concepts of what it takes to win hard battles in today’s class war. Learn more about the program here, and register your group of 10 or more by our May 3 deadline to join our global community organizing to build the power required to win.

VIDEO: WHAT WINNING LOOKS LIKE
Check out this video for a good example of the kinds of victories that groups taking OP4 courses are achieving. It’s a great way to introduce your colleagues to what we mean by organizing to win.

In this pilot episode, we talk with German hospital workers who just won a groundbreaking collective agreement through rigorous preparation and the power of the strike. A number of these hospital workers took the most recent O4P training to prepare this inspiring campaign.