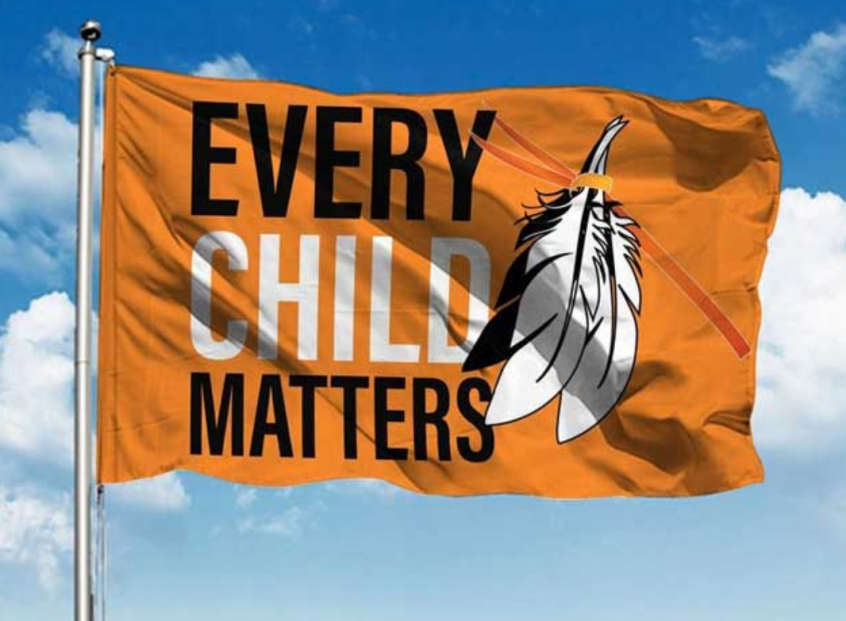 Fredericton, NB – CUPE Local 1252, representing over 9000 healthcare workers in New Brunswick, was successful in its grievance to have National Truth and Reconciliation Day (NTRD) recognized. In the decision issued on August 10, 2022, arbitrator Robert Breen upheld CUPE 1252’s grievance, ordering the provincial government to recognize the holiday for workers.

“Thanks to the diligent activism of indigenous communities, public pressure, and organized labour, Premier Higgs had no choice but to recognize September 30th – The Truth and Reconciliation Day, as an official provincial holiday,” said Trent Snikkers, the CUPE Servicing representative who argued the grievance for CUPE 1252.

Back in 2021, Premier Higgs had flatly refused to recognize September 30th as an official Holiday. A month later, CUPE members had to go on strike for fair wages. “The strike taught us all that the only time Higgs listens to workers, indigenous peoples, or rural communities is when they push back. That’s why multiple CUPE locals filed grievances in 2022 so the NTRD be recognized. I commend the workers who pushed the government to go beyond lip service to Truth and Reconciliation,” said Steve Drost, President of CUPE NB.

CUPE stands in solidarity with the Miꞌkmaq, Wolastoqey, and Peskotomuhkati nations, whose traditional lands are in the Maritime Provinces of Canada. Recognizing September 30th is important to heal the wounds of the past. We cannot forget the children who attended “Indian Day Schools”, the Sussex Vale School, and the Shubenacadie Residential School. The colonial goal of these institutions was plainly stated as “to kill the Indian in the heart of the child”. This was one of the multiple methods put in place by governments to destroy Indigenous culture, identity, and collective power.

In his written decision, Arbitrator Breen ordered the province to properly compensate all affected employees for September 30, 2021.

“As trade unionists, we strive to make reconciliation a tangible reality in our lives, in our workplaces, and through our collective agreements,” said Trent Snikkers. 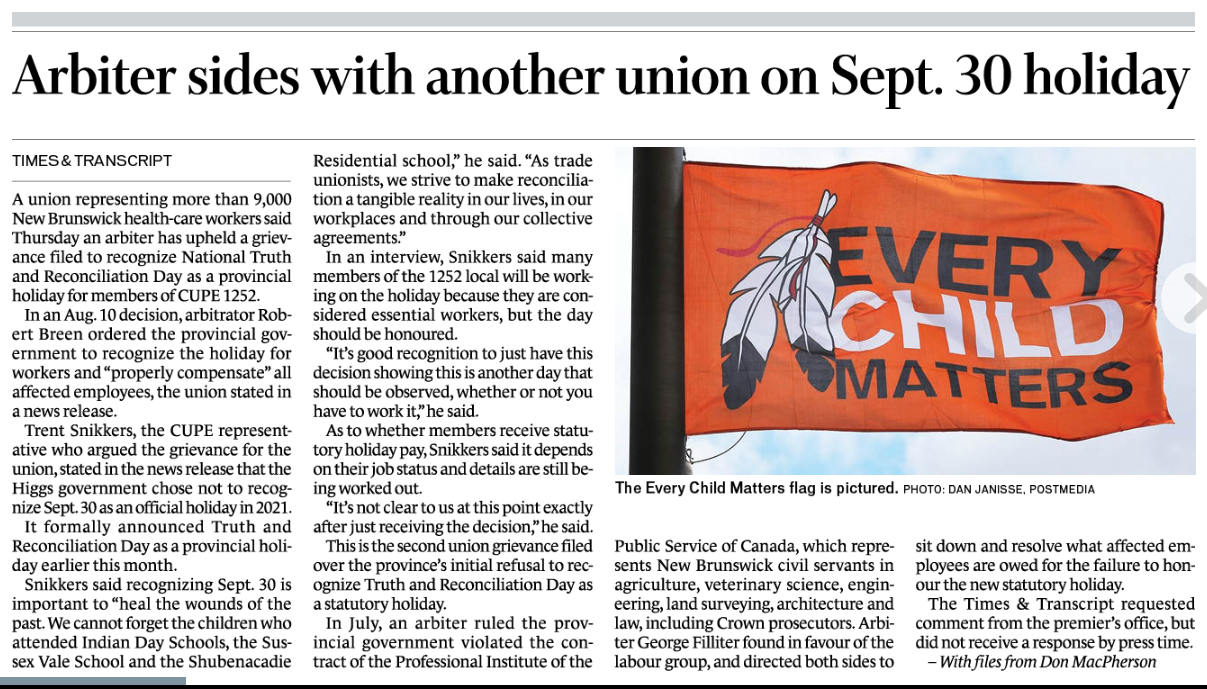