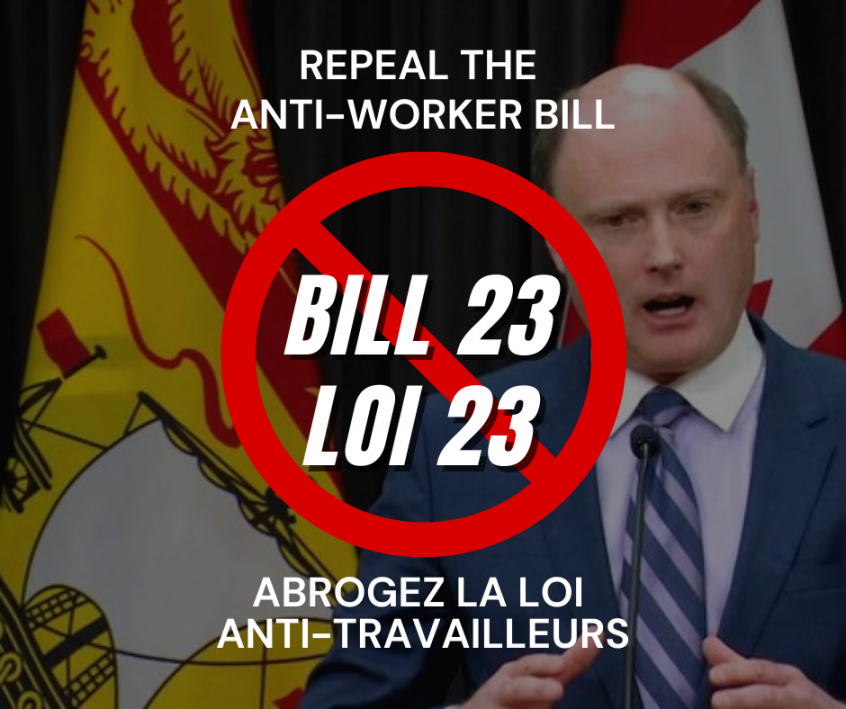 The anti-worker bill known as “Bill 23” was rammed through Friday, December 16, 2022. Let’s mobilize to urge MLAs to repeal this bad law, or assume the consequences that will follow in not doing so. 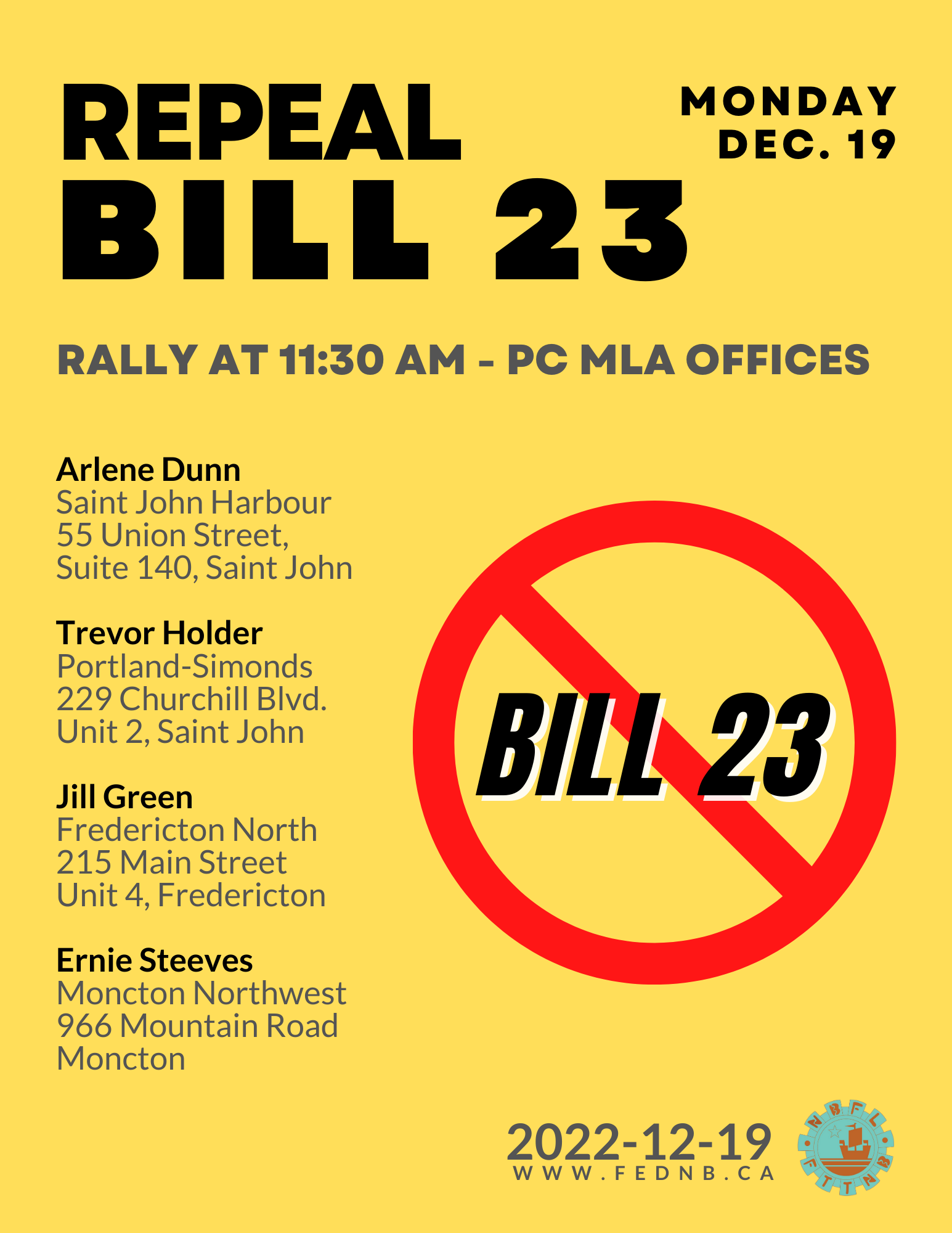 Without consultation from any unions, PC MLA and Labour Minister Trevor Holder significantly amended the NB Public Labour Relations Act (PSLRA) through Bill 23. The PSLRA concerns the rules on all unionized worker-employer relations in the provincial public sector. It covers rules around lockouts, strikes, designations, picketing, arbitration, negotiations and much more. Instead of improving labour relations, Bill 23 tilts the balance in the government’s favour.

These changes create instability and legalize scabbing. This will generate unnecessary friction during conflicts.

Instead of focusing on fully staffing our public services in times of labour peace, Holder and PC MLAs are only caring about staffing if and when it gives more strength to their lockouts. This bill must be overturned. 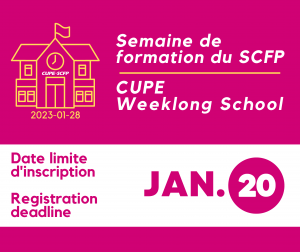 CUPE Maritimes is excited to announce a weeklong school for all members in NB and PEI in person! We are happy to provide a new process where you get to select the workshops that you want to attend, so please make sure to follow the instructions! Twice daily breaks will be provided .*Note – the Financial Officer Workshop will be ... END_OF_DOCUMENT_TOKEN_TO_BE_REPLACED
View Calendar
Add
My Tweets